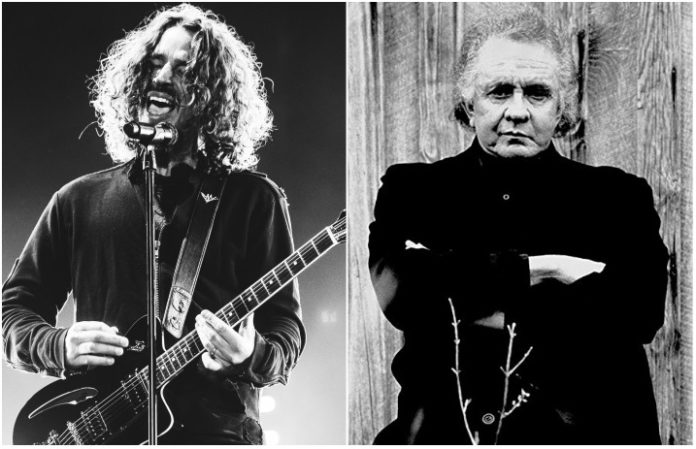 Chris Cornell's reimagined musical version of a previously unpublished Johnny Cash poem will be included among the songs on a new tribute album to the Man in Black, Johnny Cash: Forever Words, out April 6 via Legacy Recordings.

Per a press release, the collaborative album “consisting of songs created from Johnny Cash's unknown poetry, lyrics and letters set to music by an astounding array of contemporary artists” features contributions from Elvis Costello, Alison Krauss, Willie Nelson and more, in addition to the new Cash tune from the late Soundgarden and Audioslave frontman.

As noted by Stereogum, Cash previously covered Soundgarden's “Rusty Cage” (available on 2003's Unearthed box set), and Cornell returned the favor by creating “You Never Knew My Mind,” an original tune derived from unused Cash lyrics that appears on the forthcoming Forever Words.

Cornell unexpectedly died last May, while touring with Soundgarden, at the age of 52. Cash passed away in 2003, aged 71, following the death of his wife June Carter Cash earlier that year. Posthumous Cash albums such as 2006's American V: A Hundred Highways (the icon's fifth release in his Rick Rubin-produced “American series”) and 2014's Out Among The Stars (a “lost” album of 1980s recordings) have found critical and commercial success.

Hear Cash's version of Soundgarden's “Rusty Cage” below, and see the Forever Words tracklisting after the cut. Johnny Cash: Forever Words can be preordered here, and you can watch a video trailer for the tribute album right here.