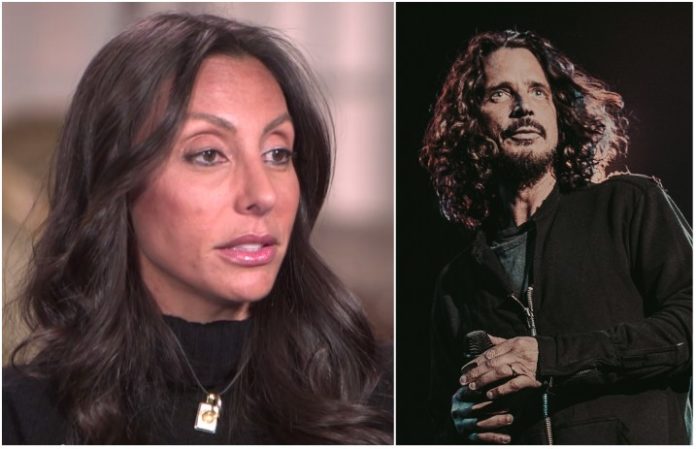 Chris Cornell's wife, Vicky, is opening up about the Soundgarden frontman's death in her first TV interview. The 52-year-old musician died unexpectedly last May following a live performance by his band—it was later ruled a suicide. Watch some of Vicky Cornell's new interview below.

While Vicky previously released a statement questioning her husband's suicide, saying he “didn't want to die” (as reported by People), the widow of the Soundgarden and Audioslave singer discusses Chris' passing for the first time on camera in a Good Morning America segment on Wednesday.

“My husband was the furthest thing from a rock star junkie,” Vicky tells GMA's Robin Roberts. “He was the best husband, the greatest father. I lost my soulmate and love of my life. He wanted to be there for his family, for his children. He loved his life. He would never have ever left this world.”

Vicky again expresses doubts about the performer's suicide, saying Chris was too incapacitated to make that judgment on the night of May 18, 2017. “I don't think that he could make any decisions because of the level of impairment,” she says. “I know people say, you know, 'You can't blame yourself,' and I'm trying not to. But there were signs.”

Vicky Cornell's first TV interview comes the day after another influential rock star was remembered: Yesterday, both Courtney Love and Frances Bean Cobain celebrated the life of late Nirvana icon Kurt Cobain in touching social media posts. Kurt would have been 51 on Tuesday.