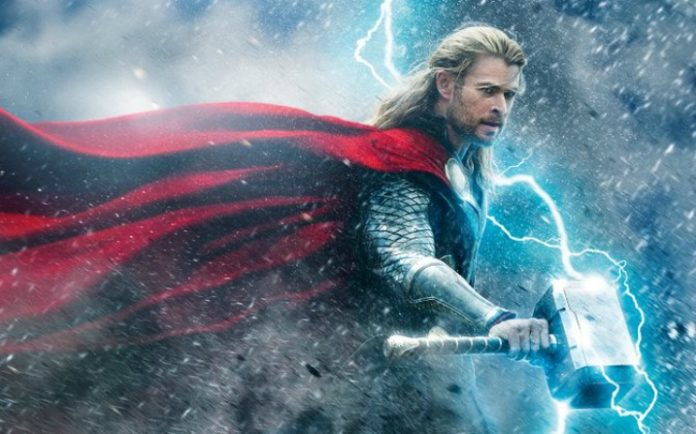 Captain America: Civil War is stuffed with superheroes, including Spider-Man in his Marvel Cinematic Universe debut. In the movie, (mild spoiler) there are brief bits of dialog asking about the whereabouts of a certain green goliath and his Asgardian frenemy. It turns out the Thunder God is wondering the same thing.

In a hilariously awesome video posted to Facebook today, Chris Hemsworth calls out his teammates for neglecting to invite Thor to the party.

Read more: Chris Evans will play Captain America for as long as Marvel wants him

Civil War pits Earth’s Mightiest Heroes against each other, with Captain America and Iron Man leading separate factions separated by a new mandate from the world’s governments seeking to exercise control over the Avengers activities. Team Cap includes the Winter Soldier, Falcon, Hawkeye, Scarlet Witch and Ant-Man. War Machine, Vision and newcomers Black Panther and Spidey line up behind Iron Man. But there’s no Hulk or hammer-wielding Nordic hero to be found.

As he cranks out a zillion pull-ups, escalating from two arm to one arm (!), Hemsworth offers his thoughts. “You know, it’s funny. Everyone keeps asking me: ‘Are you Team Cap? Are you Team Iron Man?’ Pfft. Who cares? I mean, where was the invite? Just leave the two strongest, biggest Avengers out of this one, did ya’?”

The full video is absolutely worth the watch. Give a like to the official page for the Russo Brothers, as the writing/directing team of Anthony and Joe Russo regularly share all sorts of awesome Marvel Cinematic Universe-related content. The Russo brothers were responsible for Captain America: The Winter Solider and Civil War. They’ve also been tasked with directing the two forthcoming Avengers: Infinity War movies, set for release in 2018 and 2019.

The directed the pilots and several other episodes of Community and Arrested Development, the latter of which earned them an Emmy Award. Watch the Hemsworth video below: