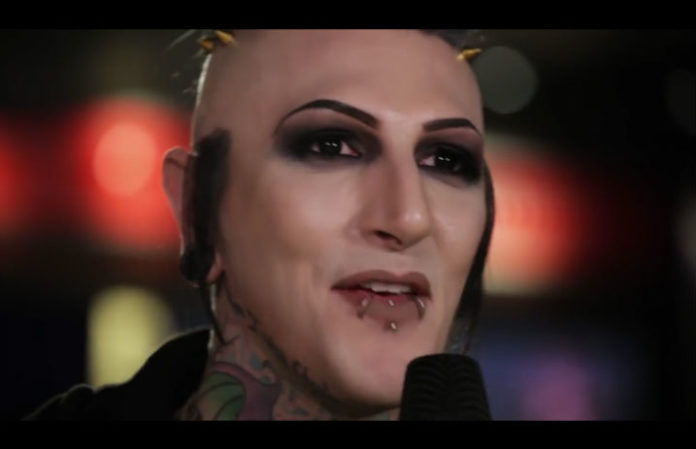 Did you know that one time Chris Motionless, the singer of Motionless In White, accidentally had his mouth glued shut during a performance?

It was the result of a prank pulled by his tour manager, but it went a little haywire. The manager meant to glue shut a water bottle to mess with Chris and instead the glue got on the singer's lips and they got stuck shut. (This was in the middle of one of the band's shows, by the way.)

What happened for the rest of the show? The world may never know.

Motionless shared the story in an interview with The Grammys as one of his memorable tour moments. Other bands, including Babymetal, A Day To Remember and Beartooth, answer the question as well. You can hear their responses in the video below.

(As a heads up, Chris's superglue anecdote is probably the most ridiculous out of all the answers, but check it out for yourselves.)