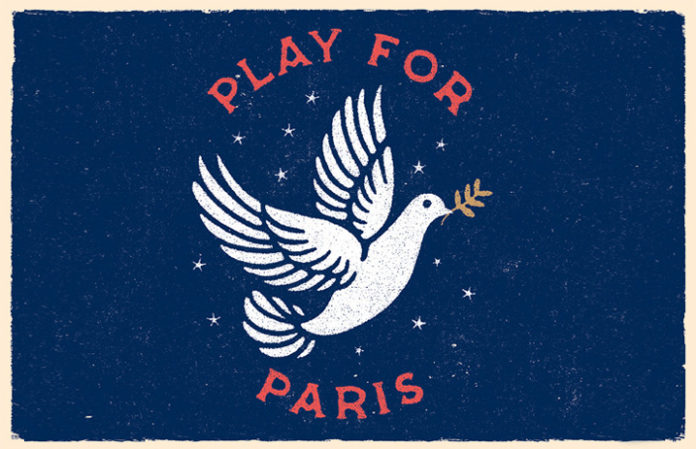 On Nov. 13, tragedy struck Paris as numerous terrorist attacks were launched upon the French capital. One of them targeted Le Bataclan where American rock band Eagles Of Death Metal were performing, leaving 89 people dead and many more injured.

The attacks shook the whole country and left the local music scene mourning. While Eagles’ Josh Homme is raising money through his Sweet Stuff Foundation for the band’s crew and families, it only took a few days before the French alternative scene decided to demonstrate its solidarity.

“Those attacks hurt everyone,” says Brian, the young Parisian who first had the idea for the compilation and wishes to use only his first name so the spotlight is on the project itself. “I thought our scene could make a gesture to show our solidarity to celebrate what we care about most: music.”

Read more: “It could have been all of us. It was all of us”—A French music fan reflects

With the help of a few friends, Brian managed to gather the biggest bands in French rock in a short amount of time. “It’s a small community. We sent out emails, and we got 85 bands and artists from all over the alternative scene,” he says.

Together, they built Play for Paris, an 85-song compilation that anyone can buy on Bandcamp for €1 or more (roughly $1, with a suggested donation of $5) to support the victims and their families. All earnings are going to the FENVAC, the National Federation for Victims of Attacks and Catastrophes, which offers moral and legal support. “The compilation will be up until Jan. 3,”says Brian. “You can directly help the people who were harmed in the terrorist attacks while discovering new bands and enjoy more than six hours of music.”

The Play for Paris compilation features rock, punk, metal, indie and pop bands including a few already well-known outside of France including Chunk! No, Captain Chunk!, Rise Of The Northstar, Eths and Dagoba.