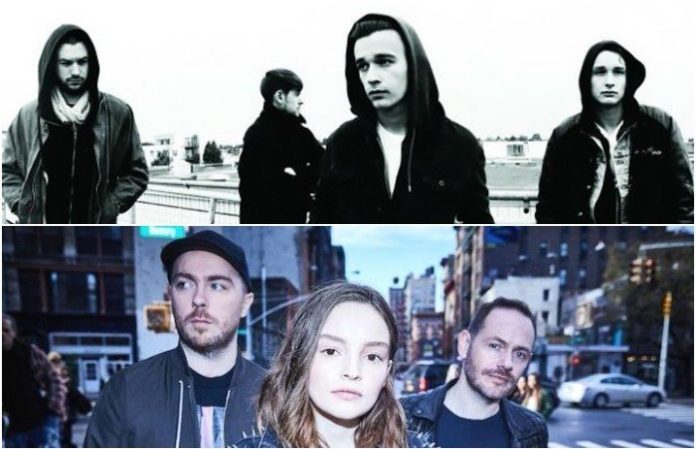 CHVRCHES and the 1975? A match made in music heaven. CHVRCHES covered the Manchester band's hit “Somebody Else,” and it's as stunning as you'd imagine.

The group explained that they “respected the original… we didn't go for full banger mode.” But they did go with a self-described “ballad banger” version that we can't get enough of.

Listen to a clip of the track below, and you can listen to their full performance here. (The band perform “Somebody Else” around the 2:10:28 mark.)

.@CHVRCHES covering @The1975's 'Somebody Else' in the Live Lounge is so stunning �� pic.twitter.com/djNHaPKlLi

CHVRCHES' third LP, Love Is Dead, is set to be released May 25. The band dropped their new single “Get Out” back in January, and you can give it a listen here.

On their new record, frontwoman Lauren Mayberry says it's some of the most pop, most aggressive and most vulnerable songs they've done.

“When I listen to the record, I feel like it’s the most pop stuff we’ve done and also the most aggressive and vulnerable at the same time,” Mayberry tells Entertainment Weekly. “It was about really leaning into those moments—and also wanting there to be a real humanity and character to what we’re saying.”