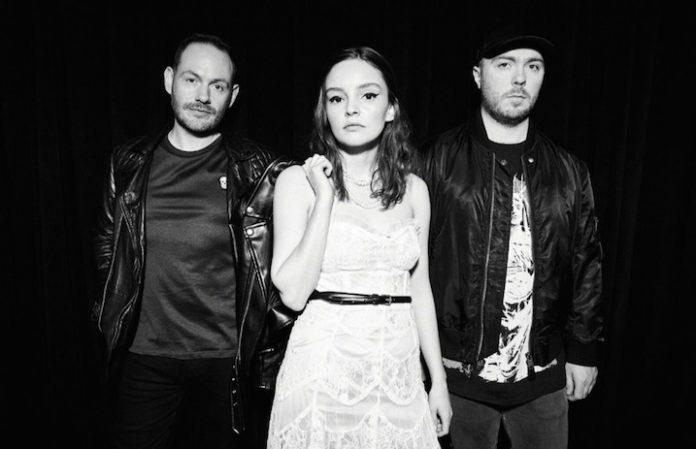 Scottish synth-poppers CHVRCHES are hitting the road hard with the upcoming drop of their new album Love Is Dead, out May 25. See the band's newly announced North American tour dates for this fall down below.

CHVRCHES previously revealed a slew of festival dates for later this summer, and now the group will hit a handful of venues Stateside in September and October. Interestingly enough, per a press release, the upcoming jaunt will be the band's first tour with a live drummer. Get all the dates down after the gorgeous new CHVRCHES song, “Never Say Die.”

January saw the group's album-launching single “Get Out,” followed by a collaboration with The National's Matt Berninger (“My Enemy,” via SPIN) and some clever covers of the 1975 and Beyoncé. “Never Say Die” takes the CHVRCHES sound to stratospheric new heights of pop, and we can't wait to hear the whole new album on May 25.

“Never Say Die” with the CHVRCHES: