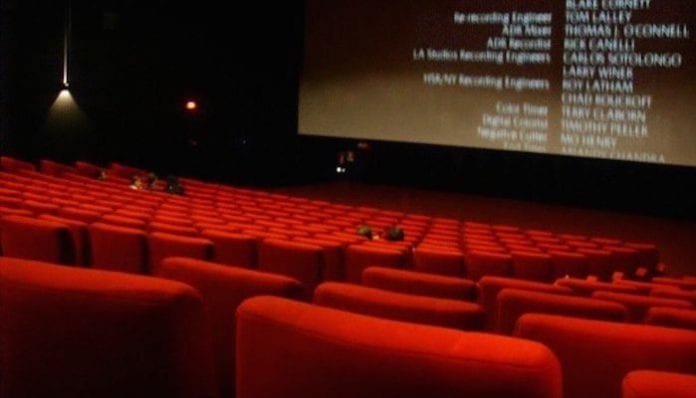 The state of movie theaters is pretty dire amid the ongoing COVID-19 coronavirus pandemic as they’ve all shut their doors but Cinemark is staying hopeful they could be back to operating this summer.

Cinemark CFO and COO Sean Gamble are saying they’re hoping to start ramping back up by July in a conference call with investors.

Read More: Ice-T has no idea who Trapt are as they keep trying to start beef

In a conference call held today (April 15), executives are telling investors July 1 is their goal for reopening in select states.

They’ll be aiming to have employees back two weeks prior in June.

Which states get reopenings will depend on local laws. They’ll also be screening “library product” which will consist of older movies as new films continue facing production delays.

“We won’t be everything back day 1, but dip our toe approach,” says [Cinemark executive Sean] Gamble.

Recently, Cinemark had to layoff 17,500 workers while furloughing 50% of its corporate staff.

The company is claiming they can stay profitable even with “20 to 30 percent of capacity” while audiences will understandably be cautious. They’ll also be scaling their operations based on demand which could see reduced hours and screenings.

Read More: Ticketmaster tries to explain why it can’t give refunds for postponed shows

Back in March, Cinemark along with AMC and Canadian theater chain Cineplex initially cut their seating capacity by 50 percent. This was quickly met with a complete shutdown as gatherings started being banned all across the globe.

Cinemark aren’t the only theater chain facing financial issues though. A report came out about the potential for AMC to go bankrupt due to the coronavirus pandemic. They too have had to face layoffs and pay cuts while investors are considering selling shares as they’re headed for a potential bankruptcy by the summer.

Outside of movie theaters, mass gatherings, including concerts, look like they will be off the books for a very long time.

Do you think Cinemark will be able to open their theaters by July? Let us know your thoughts in the comments below.