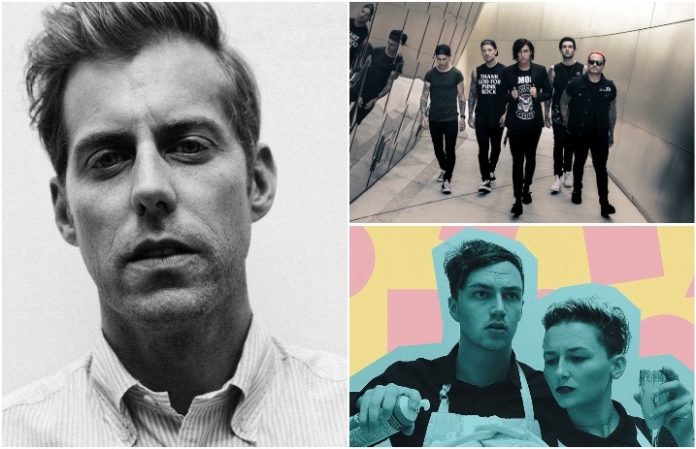 See Cleveland's Spring Fling festival lineup—plus, catch Chapel and Chase Atlantic on Sleeping With Sirens' upcoming tour. Check out the news you might have missed today below!

The fifth annual Spring Fling lineup is finally here, and we are pretty pumped. Andrew McMahon In The Wilderness, the Front Bottoms, the Wonder Years and more will converge in our hometown of Cleveland, Ohio, from June 2-3. Get tickets here.

2. Chapel and Chase Atlantic join Sleeping With Sirens on tour

We're beyond excited to announce that our friends @ChapelUSA and @ChaseAtlantic will be joining us on the Europe leg of the #GOSSIPWorldTour! Head to https://t.co/NxP5OGHt01 to get tickets & VIP while you still can! <3 pic.twitter.com/Rn7SzOTx5a

Chapel and Chase Atlantic will join Sleeping With Sirens on their spring 2018 tour through Europe. Grab tickets here.

Chicago-based industrial pair HIDE have announced a spring tour in support of their upcoming album Castration Anxiety out March 23.

Today is the day. Four years to the day of our first show. We present to you What We Know Is A Drop.

Find us on Spotify, Apple Music, Bandcamp, and all other digital retailers and streaming services.

Come see us on tour this month.

Thanks for your support. pic.twitter.com/fmFXjTMp9s

Redeem/Revive have announced The Unanimous Tour, which will make its way through the West Coast. Of Virtue and We Gave It Hell will support them on this run.

Attic Abasement announced that they are dropping Dancing Is Depressing (Extended Edition) April 6, and you can preorder it here. Plus, they released a new music video for “Australia.”

Post-hardcore act GATHERERS premiered a new single, “The Floorboards Are Breathing.” Keep your eyes peeled for an album this summer.

NightPulse, the electro-pop project of Lena Zawaideh, released a bright and flashy new music video for “The Rush.”