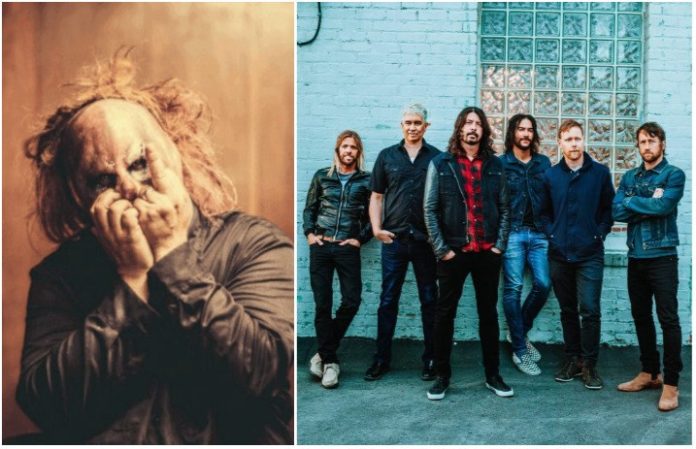 Slipknot founder and percussionist M. Shawn “Clown” Crahan would apparently like to keep his band away from shared festival bills with acts like Foo Fighters, as the musician revealed during a recent concert panel discussion.

Read more: The next Slipknot album could be Clown's last

Crahan took part in the panel talk “Underground To Mainstream: What Are Metal and Hip-Hop Doing Right (And Where Does It Go From Here?)” last week at the 2018 Pollstar Live! event, as reported by Blabbermouth. Speaking alongside artists such as rapper Coolio and concert promoters like Live Nation's Rich Best, Crahan refuted a suggestion from longtime festival producer Danny Wimmer that his band share a concert bill with Foo Fighters, saying, “I ask myself, does Slipknot want to play next to the Foo Fighters? The answer is no, because my kids don't want me to do that.

“If we play alongside the Foo Fighters, we are going to get new fans, I agree with that,” Crahan continued. “I love that, but I’m worried about the kid that won't come to the show because we're playing with the Foo Fighters. He wants to know why we're not playing with Nine Inch Nails. Those kids tell all of us what they want.”

Crahan seemingly had the next Knotfest on his mind, while Wimmer produces music festivals such as Ohio's annual Rock On The Range. The Slipknot musician advised against promoters and performers attempting to cater to the “new fan”; Crahan said he'd rather focus on Slipknot's diehard—and possibly disenfranchised—supporters.

“So, don't try to figure out ways of how to combine things for the new fan,” he said. “I don't need the new fan, I need the fan that has anxiety, parents are getting divorced, social problems, gender problems—I need them to come to the ultimate show. And they're going to get that at Knotfest.”