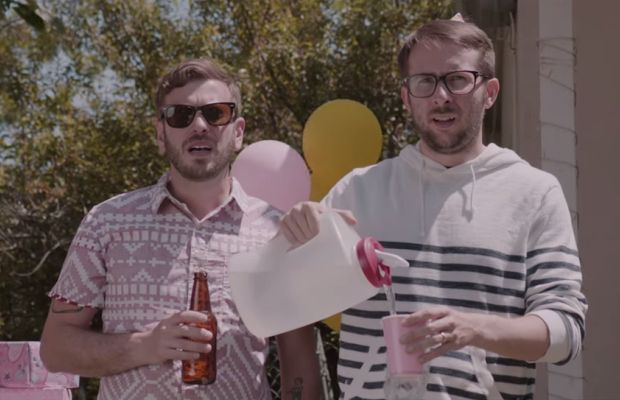 Those with coulrophobia might enjoy the newest video from Philly's Good Old War, as several clowns get vaporized into clouds of color at a child's birthday party, on a beach boardwalk and in the woods. The reason as to the clowns' demise is unknown until it becomes revealed in a funny twist ending. You can discover it all for yourself in the video—one of this year's most entertaining yet—for “Tell Me What You Want From Me” below (via Billboard).

The single is taken from the folk-pop duo's newly released fourth LP, Broken Into Better Shape, which came out last month via Nettwerk. The album, being their first without longtime drummer Tim Arnold, can be purchased here. The band will also be on the road this fall with those dates available below.