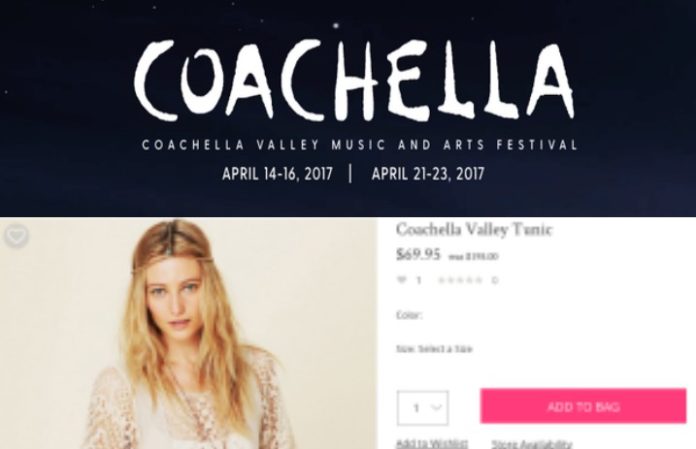 Urban Outfitters has a history of getting in trouble. Whether over insensitive tees to cultural appropriation, the retailer has gotten a lot of people angry.

This time, though, UO finds itself in hot water with Coachella.

While fashion and Coachella are synonymous, the music festival is suing Urban Outfitters Inc. over copyright infringement because the brand is using the Coachella name in product names like “Coachella Boot,” “Coachella Mini Dress,” “Coachella Pocket Tank,” and “Coachella Valley Tunic.”

WWD reports, “Coachella asked the court for unspecified treble damages and for an order demanding that Urban remove from sale any infringing items and engage in 'corrective advertising' to inform consumers that the festival is in no way affiliated with Urban or Free People. “

Coachella has partnered with H&M for a line of clothes and accessories. The music festival will take place April 14-17 and April 21-23.