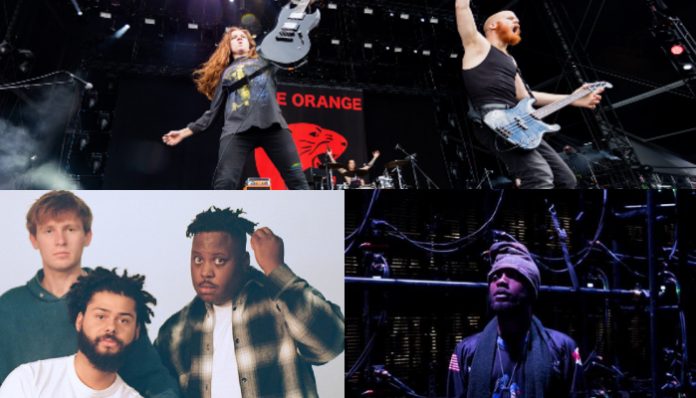 Hardcore crew Code Orange have collabed with some incredible artists before, but they’re trying out something new working with rappers.

The hip-hop group spent two years perfecting their debut self-titled album but wanted to offer fans something different in this song.

After spending two years on our album we wanna do something new and put out some loose songs. Some old some new, some are collabs some aren’t. First one drops this Thursday with @darkskinmanson & @codeorangetoth pic.twitter.com/hbqBosjpbf

The band left no room for elitist metal and hardcore fans to question why they worked on a song with a group of rappers, tweeting “no rules. collaborated with two of our favorites.”

no rules. collaborated with two of our favorites 🔪 https://t.co/ebOxvJSQun

The song sees the rappers spitting lines over some unsettling metal production mixed with modern hip-hop instrumentals and sound samples. While the track isn’t overtly metal, the band’s style is very present in the production of the song and clearly shows their presence was felt in the studio.

You can check out the new track in the player below.

While it may seem like a strange pairing for Code Orange to work with rappers, it isn’t unheard of for them.

Last year’s “The New Reality Tour” saw the band bringing along fellow heavy hitters in Disembodied, Trail Of Lies and others, they also brought along Ghostemane and Wicca Phase Springs Eternal.

What do you think of Code Orange’s new hip-hop collab track? Let us know your thoughts in the comments below.