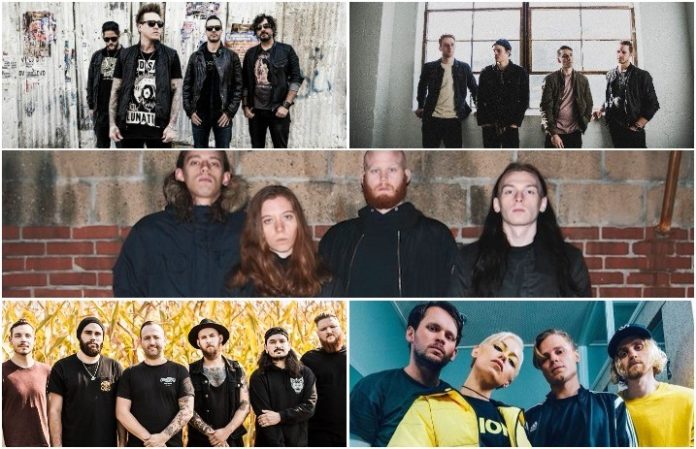 Watch new music videos from We Were Sharks, the Plot In You and Papa Roach—plus, don’t miss Tonight Alive’s new behind-the-scenes video. Check out the news you might have missed today below!

the hurt comes to the UK. 3 headline dates in April ��
tickets on sale Monday 10 am GMT pic.twitter.com/lEuIe0zBRd

Code Orange have announced a three-date headling tour in the U.K. for this April. Tickets go on sale this Monday at 10 a.m. GMT.

Papa Roach have dropped their newest video for “Born For Greatness.” The track is taken off the band's latest album, Crooked Teeth. Be sure to catch the band when they head out on the road. You can purchase your tickets here!

3. We Were Sharks premiered a colorful new video

We Were Sharks released a colorful new music video for their song “Hotel Beds.” The track is taken from the band's newest album, Lost Touch, out Feb. 23. Merch bundle preorders are available here! The band are also hitting the road with Boys Of Fall, Belmont and Sink The Ship, and you can get your tickets here.

4. The Plot In You dropped a new video for “Disposable Fix”

The track is taken off the band's fourth studio album, Dispose, out Feb. 16 via Fearless Records. You can get your copy of the album here. You can catch the band on the road with We Came As Romans. Tickets are available here!

5. Tonight Alive released a behind-the-scenes look at the making of their music video for “Crack My Heart”

Tonight Alive have released a behind-the-scenes look at their latest music video, “Crack My Heart.” The track is taken from the band's latest album, Underworld, out now via Hopeless Records. The band are currently on tour with Silverstein, Broadside and Picturesque, and you can pick up tickets here!