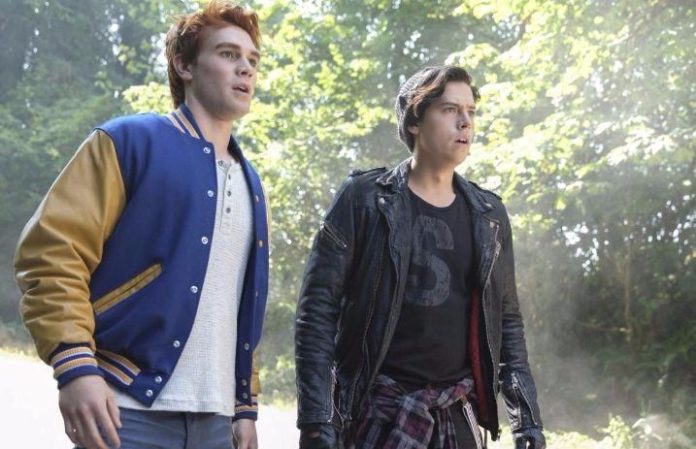 The students of Riverdale High are set to perform Carrie: The Musical, except it looks like Jughead Jones officially won't be joining the musical cast.

“Cole and I talked about it a while ago, and I said, 'How do you feel about musicals?'” showrunner Roberto Aguirre-Sacasa tells TVLine. “At that time, we were going to do Little Shop Of Horrors. And he basically said, 'Listen, I never sang for Disney. It would take a lot.'”

But that almost seems fitting for Jughead, right?

“When we really thought about the character of Jughead, he felt like the one character who probably wouldn’t be in the school musical,” Aguirre-Sacasa explains. “When you see the episode, he’s very much an integral part of it, and he’s doing something quintessentially Jughead during the musical. Except he doesn’t sing.”

As previously reported, the Stephen King-inspired musical episode, titled “A Night To Remember,” is set to be framed as a documentary by Jughead Jones.

The Riverdale High Drama Department (RHDD), in conjunction with the Lodge Family, is pleased to present as its Spring Production, “Carrie: The Musical,” a dark-yet-catchy cautionary tale exploring the gritty realities of small-town high school life. Future Tony Winner Kevin Keller helms as director, combining iconic elements from the novel, 1976 movie, 1988 Broadway production, 2012 Off-Broadway revival, and 2013 remake to create a retro-yet-timeless interpretation of Stephen King’s horror classic. Additionally, a behind-the-scenes documentary following the making of “Carrie: The Musical” will be filmed by student videographer and journalist Jughead Jones.

The episode is set to air April 18 at 8 p.m. and features 11 songs from the musical.