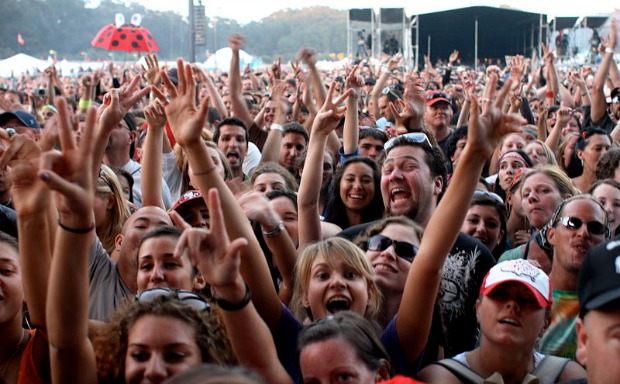 Coastal and big city folks­: Have you ever felt like you’ve paid more to see your favorite band than your BFF in another part of the country? Well, that's likely the case.

Read more: These fan maps tell you what music your state loves most

Fare aggregator website Wanderu conducted a study to see just how much ticket costs shift from place to place across the U.S., analyzing price points from some of the biggest tours, including Lady Gaga, Katy Perry, The Weeknd, Ed Sheeran, and Kendrick Lamar.

The result? On average, you can save up to 75 percent going to a show in a smaller town over a massive metropolitan area.

They used a general $100 standard for a top-tier general admission ticket, explaining that if you pay for a concert ticket in the New York area for $100, you’ll be charged around $127 for the same show in Los Angeles and $86-ish in Detroit.

Los Angeles and Las Vegas are two of the most expensive markets, with Grand Rapids, Buffalo, New Orleans, Indianapolis and Little Rock being the best places to nab a deal.

Look for yourself below and see how your city ranks.

How does your region rank? Let us know in the comments!