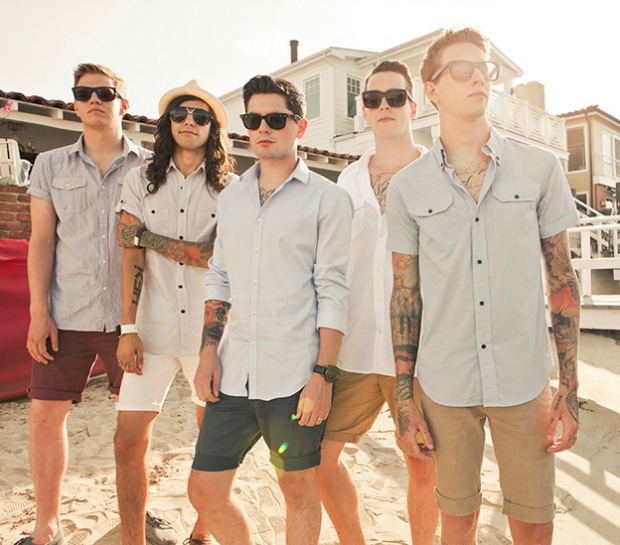 Confide have announced that they are reuiniting after 2 years and want to record a new album.

They're asking for help from their fans to make that a reality via Kickstarter. Read the project description and watch a video for it below:

“After spending 5 years touring around the world to, approximately, 15 different countries, Confide decided to disband in 2010 with no intention of ever getting back together. Following two years of consistent support and encouragement from fans, family and friends, recently the idea of writing another record came to our thoughts. When introduced to Kickstarter and it's intelligent concept of creating projects for which fans, or what are called “backers”, take the initiative to raising the funds necessary to make ideas become realities, Confide was sold on the possibility of writing another record together.

So, here we are coming to you, the people that have constantly supported us in all we do, asking you to help us make this a reality. Being able to do another album for you all would not just be your typical release from another band, but an album that we would be completely free of any musical restriction or creative boundaries. Not being on a record label or touring anymore would supply us with the adequate amount of time and freedom to write a record that we would love from start to finish, with no stress or worry of making any manager, agent or label satisfied, but just us and you, the fans (backers), happy with the outcome.

The minimum goal that we discussed and chose for this project to happen was $30,000. The initial sight of that number may be overwhelming, but when taken into consideration that the average album cost (supported by a record label) is anywhere from $20,000 to $100,000 (give or take, based on different circumstances), we believed that this was a reasonable goal. Every cent being raised is being poured directly back into this album, as the video above briefly explains. Please keep in mind that $30,000 is our “minimum” goal for this project; that amount has been budgeted out to be just enough to fund the entire writing and recording process properly. Anything over $30,000 would allow us to financially invest more into this album, providing an even better record for you!

If you want to back this project, then please take a look at our rewards and find one (or more) that suits you best! We put a lot of thought into the process of deciding which rewards would best represent us, as a band that has always loved our fans, as well as would be financially feasible for those that are backing this project. If you can't financially support this project, but want to take part in making this album happen then your help promoting this Kickstarter is just as important; whether it's Twitter, Facebook, Tumblr, Instagram, etc. or just word of mouth, we would love all of you to be a part of this!

Thank you for your continued love and support,