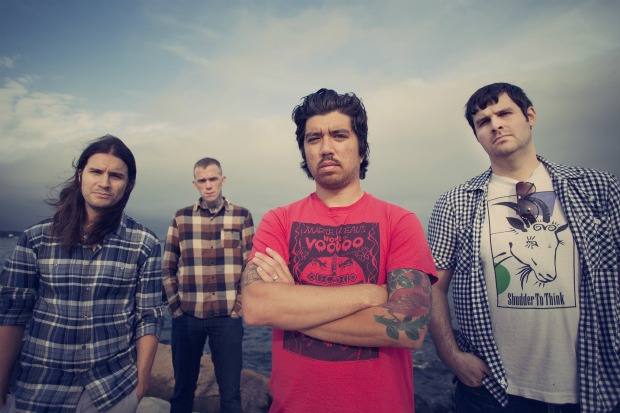 Converge and Napalm Death will be releasing a split 7-inch soon, with the former offering up a new song titled “No Light Escapes” as well as a cover of Entombed's “Wolverine Blues” featuring Tomas Lindberg (Disfear, At The Gates, Lock Up), Aaron Turner (Isis, Old Man Gloom, Split Cranium), Kevin Baker (APMD, The Hope Conspiracy), Brian Izzi (Trap Them) and more, and the latter including two new songs, “Will By Mouth” and “No Impediment To Triumph (Bhopal).”

A release date is expected soon. Converge will also be releasing a new full-length later this year via Epitaph/Deathwish Inc.