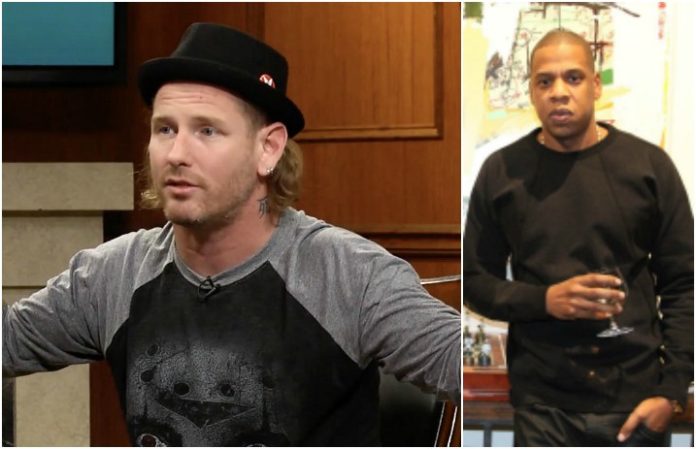 Watch his conversations with King below!

Taylor talks about crossing genres, saying that it’s something he wants to do more of.

“Because I’ve talked about it so much, it kind of makes sense now,” Taylor explains. “When I talk about wanting to do more acoustic stuff or wanting to dabble in jazz stuff, they go, ‘Oh, okay.’”

When asked who he’d like to collaborate with, the first person he names? Trent Reznor from Nine Inch Nails.

Larry King proceeds to ask if there are any rappers he’d like to work with, and he responds with Jay-Z—and we can’t argue with his pick.

“His mind is so massive, so I think it would be really, really cool,” he explains.

Plus, he says that Slipknot are currently demoing some new music, and when asked what would ever happen if Stone Sour and Slipknot were to tour at the same time, he said he’d likely see his son take his place in Stone Sour. (After his epic performance, we could totally see it happening, too!)

Not to mention, he talks more about his proudest accomplishments, what he’d be doing if it wasn’t music (could you imagine a Mr. Taylor, the history teacher?) and things people need to be paying more attention to. See a rapid fire question session with Taylor here:

What are your thoughts on his interview with Larry King—and could you imagine him collaborating with Jay-Z? Let us know in the comments below!