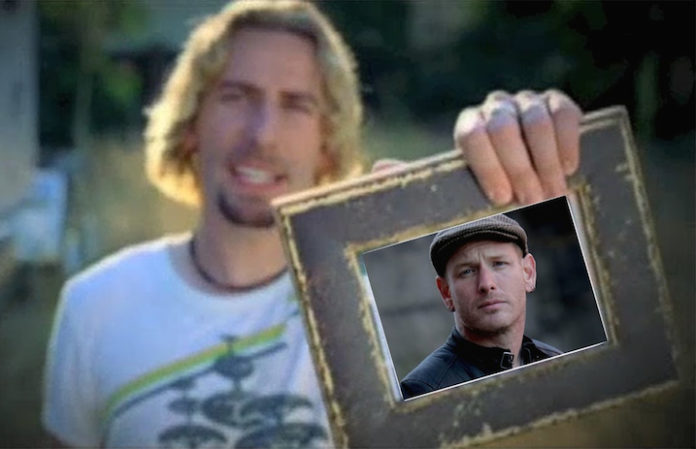 Stone Sour and Slipknot singer Corey Taylor has responded to Nickelback frontman Chad Kroeger's recent comments about his bands, according to an updated report from Loudwire. Find out what Corey Taylor thinks below.

As previously covered by AP, Kroeger reportedly went off on Taylor's band Stone Sour, calling them “Nickelback light” in a sit-down interview with Metal Covenant. Accusing Taylor's rock group of “trying to be Nickelback,” Kroeger continued, “They're okay—they're not as good as Nickelback.”

Kroeger also dug into Taylor's masked metal band, Slipknot, saying, “They had to put on masks and jump around. … Music shouldn't come with a gimmick.”

According to Kroeger, Taylor had “said some really nasty things” about the Nickelback leader in the press. Kroeger's recent comments were seemingly intended as retaliation for Taylor's apparent past criticism of the musician.

“I was sitting there trying to figure out how I was going to handle this, because it's so funny,” Taylor remarks of Kroeger's comments about Stone Sour and Slipknot. “I don't know what the hell planet he's living on. Apparently it's planet Kroeger, and there must be good weed there, cause he's an idiot.”

Taylor says he's on good terms with the other members of Nickelback, with the sole exception of Chad Kroeger, calling him, “Face Like a Foot.”

“I love all the dudes in that band. I love Mike [Kroeger]. Everybody else in that band I'm very, very cool with; I’ve hung out with them. It’s just ‘Face Like a Foot’ who I can’t really hang out with. He’s got a face like a foot. Am I wrong? … So, dude, curl up in bed with your Hello Kitty pillow and shut up.”

“I was so cued up to say some stuff about him, and then I just started reading all the comments online,” Taylor continues. “I don’t have to say a damn thing.”