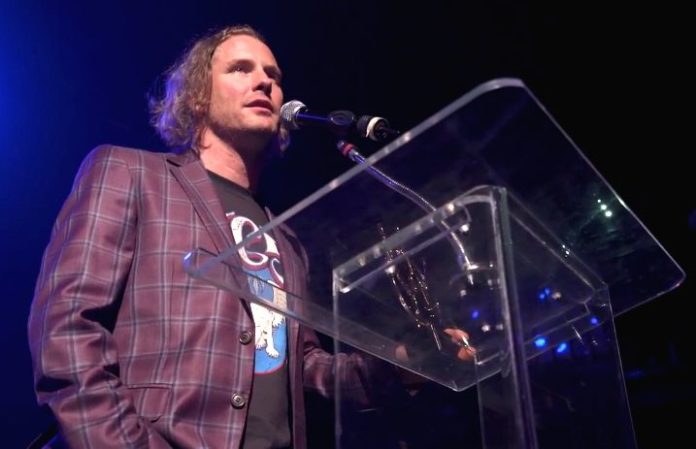 Read more: Corey Taylor says his song “Fabuless” is about the Kardashians

The Sept. 16 benefit event at Los Angeles' Fonda Theatre honored both Taylor and MC5's Wayne Kramer as recovery role models. While accepting Rock To Recovery's Icon Award, Taylor talked about his last eight years of being sober and the help that he received from the organization in making that mark.

“It's been eight years,” Taylor said of his personal road to recovery, recalling his first drink at age 5. “You put a lot of shit in perspective. … Your trial and error becomes your way of life. Who you are is a question every day. You know, why? And in this industry, that 'why' is kind of wrapped up in a lot of weird shit.”

“It lets you enjoy it again,” Taylor said of his eight-year path of sobriety, in part thanks to the musician-focused non-profit organization. “That's a fucking hard thing to do when your force-fed an idea that it's only cool if you're fucked up. It's not. It's actually better once you get your head together, or try to.”

Watch more: Corey Taylor talks to APTV at the 2017 APMAs