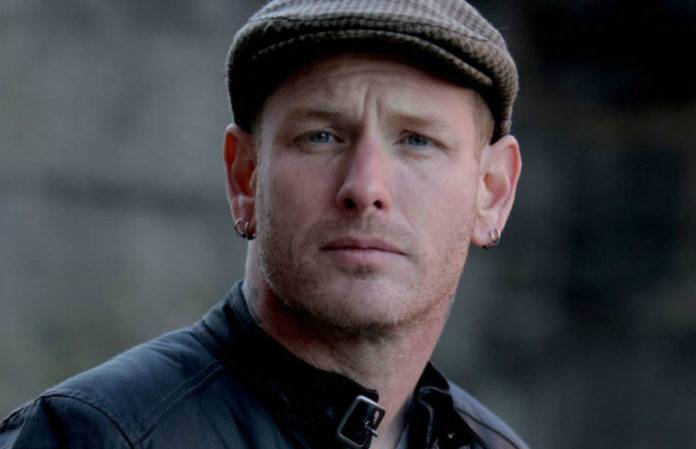 In a recent interview with Rolling Stone, Corey Taylor of Stone Sour and Slipknot opened up about depression, anxiety, healthy habits, and the new Stone Sour record, Hydrograd.

“I've tried to cut out all the negative shit in my life, as far as chemicals, boozing, all that shit, Taylor tells Rolling Stone. “I've tried to focus on the shit that matters, which is my career, my kids, my creativity, and just trying to stay healthy enough, because I want to be able to do them for a very long time.”

When asked how Taylor deals with his emotions constructively, he says, “It's taken two bands, a book deal and a fucking radio show to just get me to even out. And I still can't fucking keep it together half the time,” Taylor says.

“It doesn't always work. I do have bouts of severe depression, which are very, very hard to deal with sometimes. But because I'm also an addict, I try to stay away from as much potentially addictive medication as much as possible, because I know me, and I know how I would be. So I've really tried to deal with it as naturally as possible, and I know that sounds very hippie-like, but when you know yourself, and you know the habits that you can slip into so easily, you have to find alternatives… And I also still do therapy.”

Taylor recently appeared on The Therapist, where he talked about surviving a suicide attempt and sexual assault as a child. He says that he does do therapy—and he's not letting it define him. He views it as a way to help people know that going to therapy and taking care of your mental health is so important and that there is always help if you need it.

“I know that I have a responsibility. Whether I like it or not, people listen to me. If there's any way that I can help people who have had to deal with much worse to help themselves, then I'm going to do that,” Taylor said.

“The reason I did the Therapist show was I knew that if I could open up and take away that stigma and show people that there's absolutely fucking nothing wrong with sitting down with someone and talking about possible traumas that have happened in your life, or just talking about your problems, then you can help yourself a million times over, and you can help other people as well. It's about showing people that it's OK, for lack of a better term, to be fucked up. You can get help.”

He talks further about the way the tracks on Hydrograd are deeply personal—including “Mercy,” where he sings “I ran away when I was 15. I was dead by 17.” He tells Rolling Stone that the song represents his realization as a teenager that he was on a self-destructive path.

“That was the first real moment where I saw that that abyss inside of me that could really kind of fuck me up,” he says. And although it took him 10 years to really “get a grip” on himself and his choices, he says it's this honesty and discovery he really wanted to portray on the record.