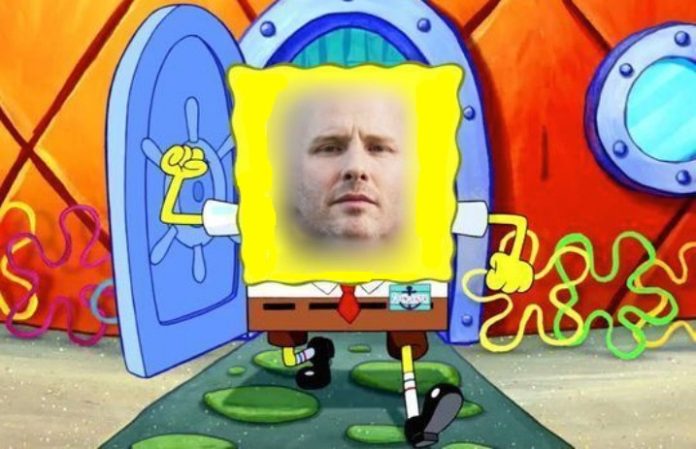 A long time ago in a galaxy far, far away, Stone Sour frontman Corey Taylor covered the SpongeBob SquarePants theme song for a room full of affable concertgoers. Do you remember when Taylor busted out the cartoon tune? Watch the video below of the Slipknot singer's live SpongeBob rendition!

Actually, Taylor's off-the-cuff unveiling of the beloved Nickelodeon sea shanty wasn't that long ago—as pointed out today by Konbini, The Great Big Mouth's live take on the nonage nautical number went off at an Orlando, Florida, solo show in 2011, when the musician was performing an acoustic set under the name CMFT (or, you know, Corey Mutha'-F**kin' Taylor).

As Taylor seemingly takes the stage for an encore, speaking with the crowd while nonchalantly smoking a cigarette (and looking for an ashtray), an audience member apparently calls out a plea for the plucky SpongeBob version.

“You want that one?” Taylor responds, nonplussed. Valiantly, and in good humor, the Stone Sour leader acquiesces to the song request.

One YouTube commenter puts it best: “Never thought I'd see Corey Taylor, the lead singer of one of the most iconic heavy metal bands, sing f**king Spongebob Squarepants.”

Who knew Corey was so down with the pineapple-under-the-sea dweller?!