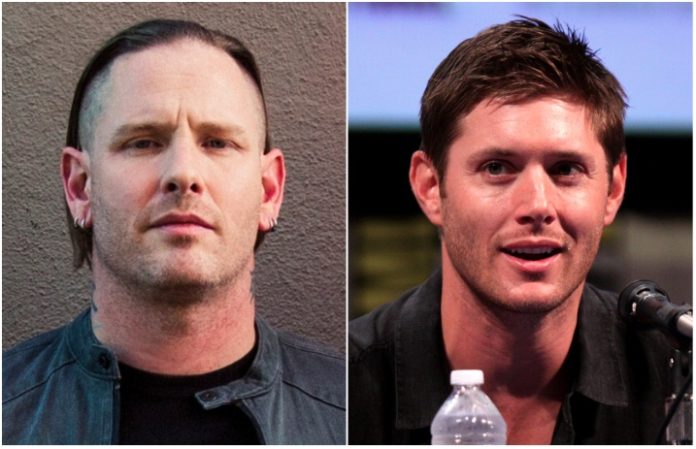 Watch below as Slipknot and Stone Sour vocalist Corey Taylor teams up with Supernatural actor Jensen Ackles for a live run-through of Bon Jovi's classic “Wanted Dead Or Alive” in Las Vegas. On a steel horse they ride.

It all went down at the official Supernatural convention this past weekend, where Ackles was making the annual VegasCon rounds along with co-stars Jared Padalecki and Misha Collins. As the leading man later described on Instagram (see his post down after the video), “Go to Vegas and pretend you're a rockstar next to an ACTUAL rockstar.”

Ackles often entertains fans of the long-running TV show with some live singing at conventions—as noted by Fansided—but we're guessing no one expected Mr. Taylor, the Great Big Mouth himself, to show up! And the 1986 Jovi hit is doubly appropriate as not only a salute to Supernatural's in-universe steez, but also a tribute to the glam-metal veterans who recently announced the reunion of their original lineup for their upcoming Rock Hall induction.

Taylor and Ackles have seen a million faces—and, between darkness and deliverance, they've rocked them all. Check it:

.@JensenAckles and @CoreyTaylorRock (from Slipknot) singing “Wanted Dead or Alive” at #SPNLV/ SNS. They literally rocked it out. pic.twitter.com/NcarPXO7eN

Go to Vegas and pretend you’re a rockstar next to an ACTUAL rockstar. Check and check! Thanks @coreytaylor for coming to play. You killed it bro. #spnvegas