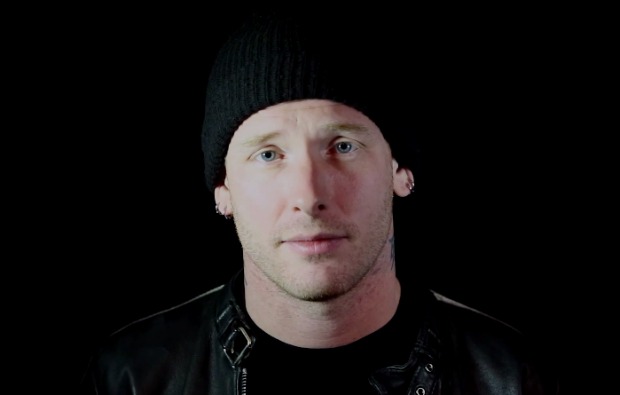 Corey Taylor seems to be one of those rockstars that always enjoys staying busy. Aside from balancing his time as frontman in both Slipknot and Stone Sour, he's established a steady writing career as well.

Arriving later this year, Taylor will release his latest work titled, America 51: A Probe Into The Realities That Are Hiding Inside The Greatest Country In The World. Check out the cover down below.

After revealing the initial details in an Instagram post, a synopsis on Amazon's website says Taylor's newest piece “examines the rotting core of America, evaluating everything from politics and race relations to family and man buns.” It'll be no surprise to see him tackle a number of hot and controversial topics, especially considering how vocal Taylor has been in the recent political climate.

The physical hard copy will be 256 pages in length, and the book will also be available in Kindle and audio CD versions.

This will be Corey Taylor's fourth book, and follows up 2015's You're Making Me Hate You: A Cantankerous Look At The Common Misconception That Humans Have Any Common Sense Left. Taylor has also written two previous New York Times best sellers, including Seven Deadly Sins and A Funny Thing Happened On The Way To Heaven.

America 51 will be available on August 15 through Da Capo Press, and is available for pre-order now at Amazon. The book's full description reads as follows:

“The always-outspoken hard rock vocalist Corey Taylor begins America 51 with a reflection on what his itinerant youth and frequent worldwide travels with his multiplatinum bands Slipknot and Stone Sour have taught him about what it means to be an American in an increasingly unstable world. He examines the way America sees itself, specifically with regard to the propaganda surrounding America's origins (like a heavy-metal Howard Zinn), while also celebrating the quirks and behavior that make a true-blue American.

Balancing humor, outrage, and disbelief, Taylor examines the rotting core of America, evaluating everything from politics and race relations to family and “man buns.” By continuing the wave of moral outrage begun in You're Making Me Hate You, Taylor skewers contemporary America in his own signature style.”

By the way, I'll just leave this here… coming this summer. #eyehaycha #America51