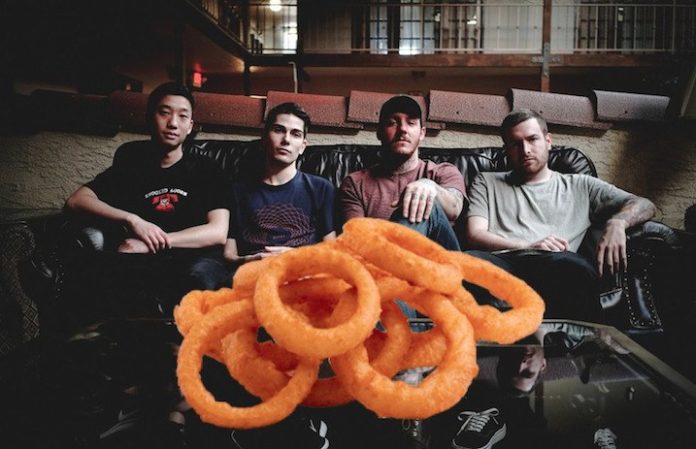 Counterparts found an onion ring that looks like their logo.

As pictured on the cover of last year's You're Not You Anymore, Counterparts' version of the no symbol has come to be a steadfast signifier of the metalcore outfit. Now, they band have discovered an onion ring that looks like it.

Read more: Does this latte look like Silent Planet's logo?

“it happened,” as the band shared Monday on Twitter, an image showing vocalist Brendan Murphy proudly holding the YNYA-shaped treat. Fans soon joined in with their own pics of Counterparts-themed appetizers.

Do you think he's at Burger King?

Here's the album cover, for reference:

Have you been blessed by the YNYA onion ring?

you’ve finally been blessed by the YNYA onion ring���� pic.twitter.com/K1Lw8kbXcQ

Jam out to the album's title track, “You're Not You Anymore”:

Have you found any oddly shaped onion rings lately?

Are you not you anymore?