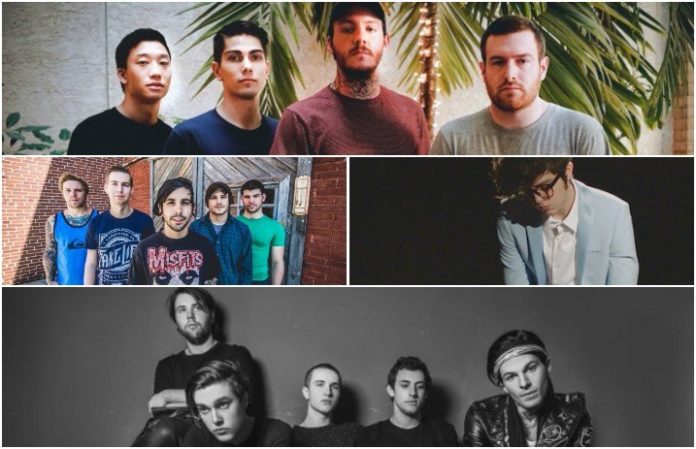 Watch new music videos from Counterparts, American Nightmare, MORI and more—plus, don’t miss new album announcements from the Neighbourhood and the Second After. Check out the news you might have missed today below!

1. Counterparts shared a new music video for “You're Not You Anymore”

Counterparts have shared a new music video for their song “You're Not You Anymore.” The song is taken from the band's latest album, You're Not You Anymore. You can get your copy of the album here! The band are currently on tour with Architects and Stick To Your Guns. For a full list of dates and to purchase your tickets, you can go here!

2. The Neighbourhood announced their self-titled album

The Neighbourhood have announced their newest, self-titled album that will be out March 9! To preorder the album, you can go here.

American Nightmare are back, and they're better than ever. After releasing their first album in 15 years, the band also dropped a new music video for one of the songs off the album, “Flowers Under Siege.” If you like what you hear, you can purchase the band's self-titled album now! If you really enjoyed what you heard, be sure to catch the band on their album support shows—check out the dates below!

Car Seat Headrest have officially dropped their new album, Twin Fantasy, a re-recorded and re-imagined release from their 2011 Bandcamp version under the same name. You can snag your copy here!

5. MORI shared new music video for “All My Girlfriends Have Boyfriends”

This is just the “single-girl” anthem you've been looking for! In the colorful new music video by MORI, “All My Girlfriends Have Boyfriends” shows what it's like to be the only single friend in the friend group. (We can totally relate.) To celebrate the release, MORI will be performing March 21 in Brooklyn, New York. You can get your tickets here!

Finally making it over to the U.K. ���� We’ve been waiting a long time �� Gonna shred it with @homewreckedband pic.twitter.com/pFINyOEcZZ

Our friends in the U.K., get ready! Carousel Kings are going on tour with Home Wrecked, and we wish we could go. For a full list of dates, you can go here!

If you ever want a reminder that you're single, have no fear: Inklings have got you covered. “Single Life” is based off a BuzzFeed-esque quiz that the band made—see what your romantic destiny is here!

8. The Second After shared a new song “Before I Lose”

The Second After have shared their new track, “Before I Lose.” The song is taken from the band's upcoming EP Treadmill At The Finish Line. You can get your copy here! The album will be out April 6 via Revival Recordings.

Nightly have shared their newest song, “Miss You Like Hell.” The band are currently on tour, and for remaining dates and tickets, you can go here!

Australian pop-punk band Undercast have shared their latest music video for “Let Go.” You can stream or purchase the track here! The band will also be doing a one-off single lanch show April 12. You can get your tickets here!

11. Warm shared a new music video for their song “Visions Of You”

Warm have shared their newest music video for “Visions Of You.” If you like the song, you can go to the band's Bandcamp page and purchase the song here!

12. His Dream Of Lions released their new EP

You can stream the alt-rock act's EP Pseudo Star now!