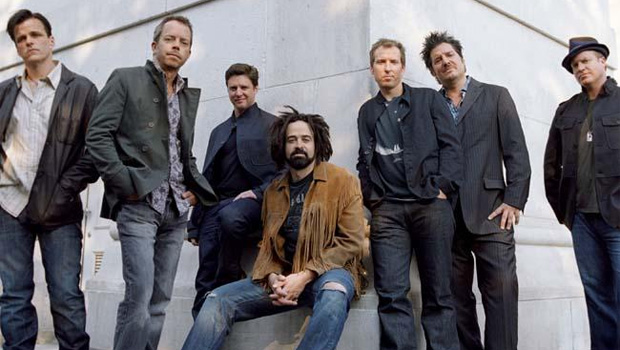 Counting Crows have released a lyric video for “God Of Ocean Tides,” their third song released thus far from their upcoming studio album, Somewhere Under Wonderland, which will be out in North America on September 2, 2014 via Capitol Records and worldwide on September 15, 2014.

Pre-order packages are available from the Crows' official store along with iTunes and Amazon.

The band are currently on a U.S. tour with reunited alt-rockers Toad The Wet Sprocket and will head to the UK/Europe in the fall.

For those keeping track, they last released a covers album, 2012's Underwater Sunshine (Or What We Did On Our Summer Vacation), and before that, a thematically two-sided (rock/country) originals album, 2008's Saturday Nights & Sunday Mornings.