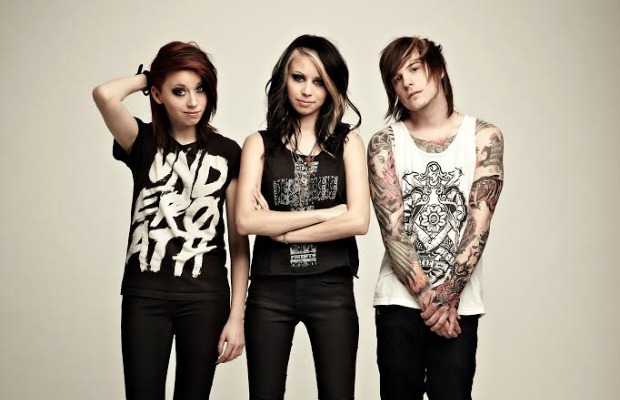 Courage My Love frontwoman Mercedes Arn-Horn has been asked by indie filmmaker Gregory Cahill to star in a a '90s-based comedy film, Metalheads.

A Kickstarter campaign with a goal of $30,000 has been launched to help fund a trailer for the project, which, if successful, will serve as a pitching tool to help get the full film produced.

“It’s becoming increasingly difficult to get an indie feature made,” Cahill says. “Instead of simply walking into pitch meetings with a script, we can walk in with a highly polished trailer which demonstrates not only our vision for the project, but our ability to deliver a quality product. Plus, it’s crowd funded, meaning there’s already an audience. It’s a way to be taken more seriously.”

A description of the budget is as follows: crew pay, equipment rentals, location fees, insurance, transportation, costumes, props, post production and all the other costs associated with film production. If funded, the trailer will be shot during August/September 2015, with final delivery by October.

Watch an introduction video from Mercedes and Cahill below.