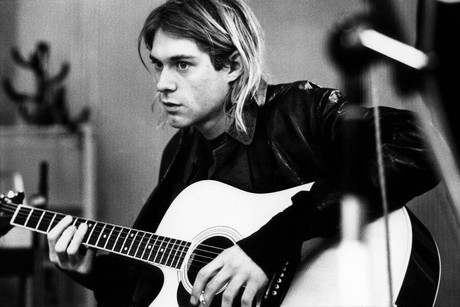 HBO recently announced the first “fully authorized” documentary about legendary Nirvana frontman Kurt Cobain. The doc will be directed by Academy Award-nominee Brett Morgen and produced by Cobain’s daughter, Frances Bean Cobain. But it looks like Cobain’s widow, Courtney Love, hasn’t been involved with the film and will have no editorial control.

“She gave me the keys to this kingdom and final cut of the film,” Morgen told the Hollywood Reporter. “At a certain point, I started working more closely with [Frances Bean]. We [all] agreed that because Courtney was a subject in the film, it would be best if she wasn't given editorial control.”

Morgen added, “She hasn't seen the movie. I'm not sure she's intending to.” But he still expects her support: “Courtney brought me into the world, and the film would not exist if she hadn’t reached out to me,” he said.