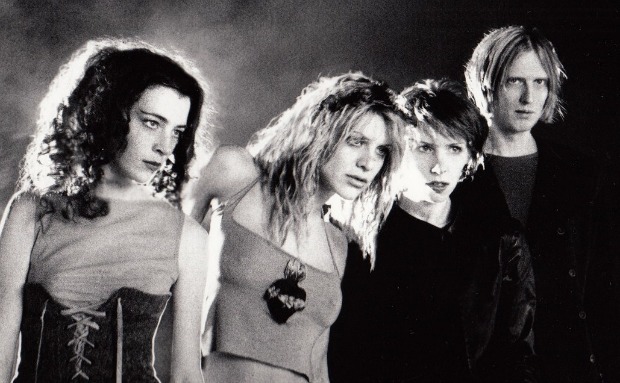 In an interview with the Quietus, Courtney Love confirmed that she has reformed Hole with members Melissa Auf Der Maur, Eric Erlandson and Patty Schemel. The four musicians have apparently put aside their differences and are rehearsing new material. They last recorded together on 1998’s Celebrity Skin, before disbanding in 2002.

“I started playing with Patty and Melissa and Eric, just to see how that was,” Love told the Quietus. “We already played like three or four times in the last week.”

This news follows Hole guitarist Eric Erlandson and Love posting a photo on Facebook last Christmas, saying “2014 going to be a very interesting year.” It looks like speculation that she was teasing a Hole reunion was correct.