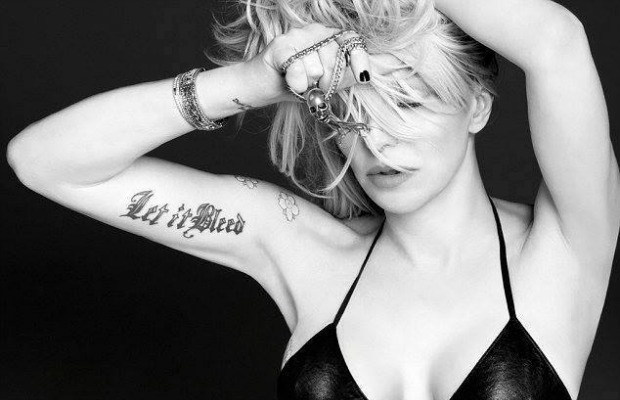 Courtney Love has announced plans to release a surprise seven-inch through Ghost Ramp/Crush Music in the near future. It will contain two tracks, “Miss Narcissist” and “Killer Radio,” the former of which is available for streaming below. Give the track a listen and be sure to leave us a comment with your thoughts.

Last September, Marilyn Manson had some hash words for Hole singer Courtney Love when the two crossed paths at the premiere event for the new season of FX’s hit drama, Sons Of Anarchy. Manson tweeted a picture of their meeting, with Love trying to shake his hand, and said, “This is what prison rape looks like in my nightmares.”