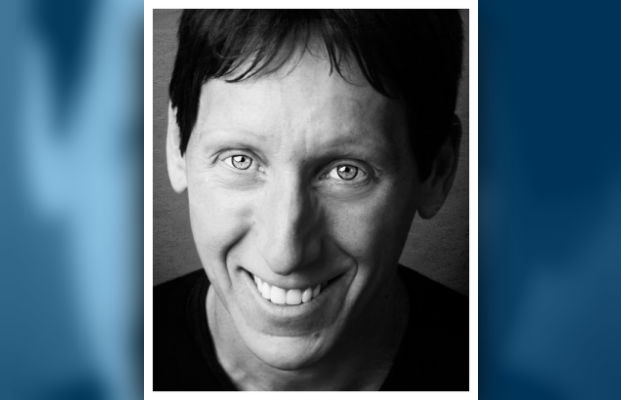 We have received official word that longtime music industry executive Craig Aaronson passed away earlier today at around 1:00 p.m. PDT, after a long fight with cancer.

Aaronson is perhaps most widely known for doing A&R at Warner Bros. Records, where he worked with a vast array of artists, including The Used, My Chemical Romance, Taking Back Sunday, Avenged Sevenfold, Against Me! and many, many more.

He kicked off his resume by signing Jimmy Eat World to Capitol in 1995 for Static Prevails, and then served as A&R for their 1999 album, Clarity. However, he left the label in 1998, and then began his relationship with Warner Bros. Records. He also signed Less Than Jake twice—once to Capitol in 1996 and again to Sire/Warner Bros. in 2003.

As aforementioned, Aaronson went on to work with countless bands from our scene, pushing them to heights that most wouldn't have thought possible. He discussed signing Avenged Sevenfold in an interview, saying, “I just signed a new group that's on an independent label called Avenged Sevenfold. I'm doing that together with Andy Olyphant. We're going to put out the record next year, but we're really excited.”

Most recently, he was working with the record company Hundred Handed, who put out Coheed And Cambria's most recent full-length album, The Aftermath: Descension.

Alternative Press would like to thank Craig Aaronson for all he has done for our scene. We send our deepest condolences to Aaronson's family, friends and fans.

Various artists and industry figures alike have weighed in on Aaronson's passing. Read what they had to say below.

We are deeply saddened by the news of Craig Aaronson's passing. Craig signed us to Capitol Records in 95. We would not be where we are…

…today with Craig's belief and enthusiasm for our music, even when we were an unknown band of teenagers in Mesa. We benefited greatly…

…from Craig's friendship and generosity, often sleeping on his floor at his home when we couldn't afford a hotel. Our thoughts and…..

…and prayers are with Craig's family and friends.

RIP to the nicest, most caring person I have ever met! Even through the end you lived your life to the fullest! See you again Craig Aaronson

RIP Craig Aaronson – One of the few who believed. Thank you for giving me the confidence & opportunity to follow my dreams.

RIP Craig Aaronson. So sad. He was a great friend who taught me alot and played a huge part in my career.

Laura Jane Grace (Against Me!):

News of a death is always heavy. I'm taking the rest of the night off y'all. Love the ones you got.

Rest in peace Craig. You gave us fire, hope, and love. Thank you.

Just received heartbreaking news. The world lost a visionary man today whom I owe my career to! So sad.. Signing off for now RIP C. Aaronson

The world lost one of the kindest men I know today. You'll be missed, Craig. pic.twitter.com/HMFYyL5XUP

Rest in Paradise Craig Aaronson. Thank you for believing in me when I was just a kid making music.

RIP Craig Aaronson, thank you for all that you gave to music. pic.twitter.com/180g4MbG6e

RIP Craig Aaronson I've never met anyone with as much genuine enthusiasm for everything in front of him as Craig. Craig started every sentence, email or text to me with the word "brother" and it really did feel like you were to him, as his artist, his family. After he signed us to Warner Brothers Records I spent every day for two years in close contact with him discussing every aspect of our band and the album we were making. For one month in particular leading up to the making of the record and already with 60 songs demoed he told me that now was my time to speak to the world and set about pushing me to write with every second we had left before flying to the US to record. I would write a new song every day and by 4pm UK time Craig would be waking in LA I'd send him that day's demo and await his feedback. It was and still remains the most magical songwriting experience of my life, you see to me this was everything I'd ever wanted. To have a guy like Craig waiting on my songs every day and then enthusiastically firing feedback back at me, pushing me not to change (like you might expect from a major label A&R) but instead to be the most extreme version of myself. This was the most exhilarating adrenaline shot imaginable for a songwriter. In fact adrenaline is the perfect word to describe Craig, human adrenaline. Craig visited NRG studios just as we were finishing up our song "Love Will Eat You Alive" with Jackknife Lee and he was literally fist pumping the air at the control desk when the chorus kicked in. The three of us will never forget that moment and we often refer back to it. Craig is rightfully being described as a music industry legend for the bands he signed and for the way he became an essential part of those bands. Through the records he helped to bring into the world he made millions of people happy. I last spoke to Craig just after Leeds festival this year when I told him that myself and Jim from Jimmy Eat World had met for the first time and had discussed how much we loved him, I'm so glad I told him this, of course his reply started with "thanks brother” To Craig Aaronson I say thank YOU brother.