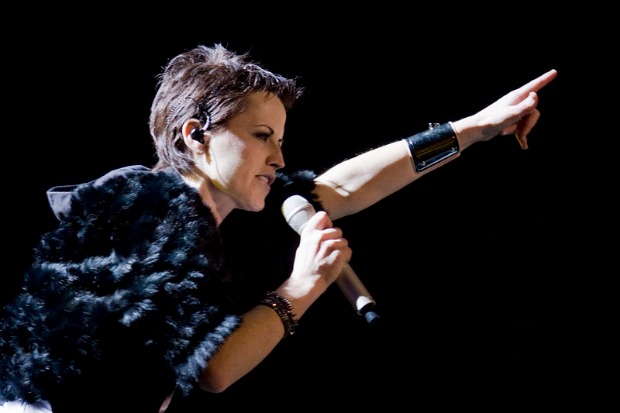 The Cranberries—the ‘90s Irish rock band who had the hit songs “Zombie” and “Linger”—have been fronted by singer Dolores O’Riordan since 1990. According to a report from the BBC, O’Riordan allegedly attacked a flight attendant and a police officer on a flight from New York City on Monday.

“Ms O'Riordan was detained after an air hostess was reportedly attacked on an Aer Lingus flight from New York to Shannon, County Clare,” says the BBC, adding, “Police boarded the aircraft at Shannon and during the course of the arrest, a policeman was also injured.”

According to TMZ, the flight attendant was taken to the hospital with a “leg or foot injury.” The 43-year-old singer allegedly headbutted the cop who boarded the plane to arrest her. The cop was apparently not seriously hurt.

One eyewitness from the plane told the Irish Independent: “The curtains were opened a few times and at one stage we saw the woman thumping the ceiling of the plane. It was only after we got off the plane that we heard who it was. She was roaring at the cabin crew and at one stage I heard her say – 'I pay may taxes.'”

The Cranberries released their latest album, Roses, in 2012. Listen to “Zombie”—which is taken from 1994’s No Need To Argue—below: