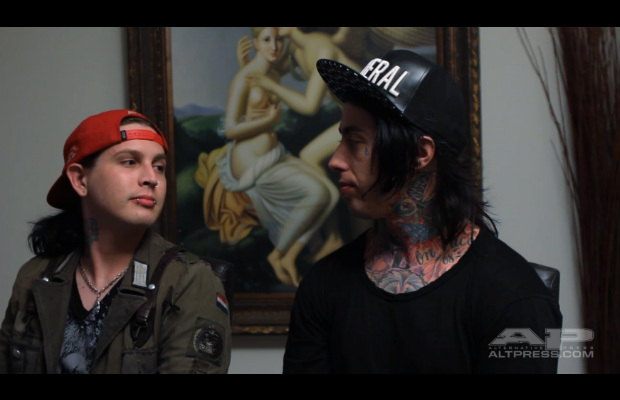 Over the weekend, it was announced that founding bassist Max Green was leaving Escape The Fate (again). Now, AP has exclusively learned that Green will be reuniting with old bandmate and longtime friend Ronnie Radke in Falling In Reverse.

Along with Green’s arrival, Falling In Reverse bassist Ron Ficarro will be exiting the band. “Ron was probably the best bass player I've ever played with,” says Ronnie Radke, “but at this moment in time I feel it is best to part ways with him. I respect him and wish nothing but the best for him.  Max quitting Escape The Fate was like a godsend. It was a no brainer to have him join. I've known him half my life and this will be a great new chapter to start.”

Green and Radke originally formed Escape The Fate together in 2004. After Radke was kicked out of ETF, the two engaged in a long feud, which was eventually reconciled (see AP’s three-part conversation with Green and Radke).

Max Green adds: “Reuniting with longtime friend Ronnie Radke in his band Falling In Reverse feels nothing but right at this time in my life. I look to forward to playing shows and creating memories together again with him and his amazing band of bros.”

Falling In Reverse are up for Song Of The Year (“Alone”) at the APMAs. The band recently released a music video for their cover of Coolio's “Gangsta's Paradise.” Check it out below: