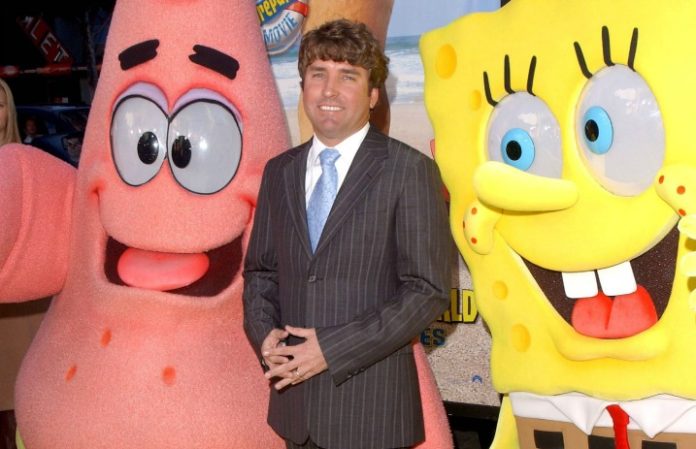 No matter how old you are or whether you grew up watching Disney Channel or Nickelodeon, there's a good chance that you've seen at least a single episode of Spongebob Squarepants. The animated series, created by Stephen Hillenburg, has had over 200 episodes along with two movies.

However, in a statement made to Variety, creator Stephen Hillenburg has revealed that he's been diagnosed with ALS. Read his full statement below.

Hillenburg's animation career began at the California Institute of the Arts where Hillenburg got his Master of Fine Arts in experimental animation. While there, Hillenburg worked on several shorts including Green Beret and Wormholes. Check out one of Hillenburg's first animations with “Green Beret” below!

After graduating there, Hillenburg ended up getting a job directing Rocko's Modern Life, another Nickelodeon classic.

“After watching Joe [Murray, the creator of Rocko's Modern Life] tear his hair out a lot, dealing with all the problems that came up, I thought I would never want to produce a show of my own,” said Hillenburg in an interview with Current Biography.

It was on July 17, 1999 SpongeBob SquarePants entered our lives along with Patrick Star and Squidward Tentacles and it seems like they haven't left our lives since. The series began it's tenth season in late October along with releasing their second movie in 2015 with The SpongeBob Movie: Sponge Out of Water.

However yesterday (Mar. 13) Hillenburg revealed his health problems in a statement made to Variety.

“I wanted people to hear directly from me that I have been diagnosed with ALS. Anyone who knows me knows that I will continue to work on SpongeBob SquarePants and my other passions for as long as I am able. My family and I are grateful for the outpouring of love and support. We ask that our sincere request for privacy be honored during this time.”

Nickelodeon also made a statement, writing ““Steve Hillenburg is a brilliant creator who brings joy to millions of fans. Our thoughts and support are with Steve and his family during this difficult time. Out of respect for their wishes for privacy, we will have no further comment.”

However, this diagnosis isn't going to stop Hillenburg from working on his life's passion with Spongebob Squarepants.

“Anyone who knows me knows that I will continue to work on SpongeBob SquarePants and my other passions for as long as I am able. My family and I are grateful for the outpouring of love and support. We ask that our sincere request for privacy be honored during this time.”

Variety also revealed that, “Hillenburg said he received the diagnosis recently and is in the early stages of the disease.”

ALS, also known as Lou Gehrig's disease, affects a little over 6,000 people in the United States, writes the ALS Association.

The Association also writes, “While the average survival time is 3 years, about twenty percent of people with ALS live five years, 10 percent will survive ten years and five percent will live 20 years or more.”

Hillenburg along with SpongeBob SquarePants has been nominated for 17 Emmys.