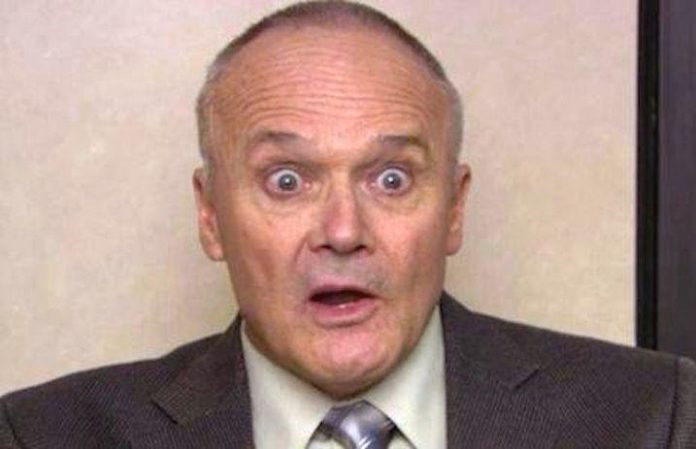 The Office might be getting a revival, and Creed Bratton has already expressed that he's interested in rejoining the cast for the revival.

But what would Creed be up to? He has a few ideas…

Creed caught up with Buzzfeed to talk more about Creed's most iconic moments. But first things first—why was he arrested at the end of the series?

“Well, he was selling weapons-grade drugs to kids, besides IDs [and] military weapons. He had a slave trade trafficking thing going on. There were so many things we were going to bring up, you know? His father was found out to be an alien…” Bratton explains.

So, what does that mean Creed would be up to today?

“He probably escaped, obviously, right away from the Scranton police. So, he's probably off under an assumed name doing the same thing he always did: fishing, living in Canada going back and forth, selling drugs, killing people—just having a really good life.”

Plus, Bratton talks trolling, using his real first and last name in the series, and his favorite improvised moments on the show… It's as hilarious as you'd think it'd be.

Watch the interview in full below—and be prepared for a few good laughs:

He's not the only OG star interested in the reboot. John Krasinski, aka Jim Halpert, says he'd “love to get the gang back together“… But he hasn't heard from NBC with that casting info.

Jenna Fischer, aka Pam Beesly, is “absolutely up” for a return to the series, too. But, she explains, she would want to return because of the “talent involved behind the scenes,” not just from the comedic characters we know and love. If Greg Daniels is the person in charge, then she'd be “absolutely up for it.”

Pam and Jim back together again? It'd be a dream!

As previously reported, NBC is ready for the comedy to come back—maybe even for the 2018-2019 season. The new season would be set at Dunder Mifflin’s Scranton, Pennsylvania and feature a mix of old and new characters. (Except Michael Scott… Yep, we're sad about that, too.)

Supporting characters Angela Kinsey and Creed Bratton have already expressed their interest in the revival, and we're just too curious to see who else will join the cast.

We'll keep our eyes peeled for updates. And rewatch The Office (for the millionth time) in the meantime.