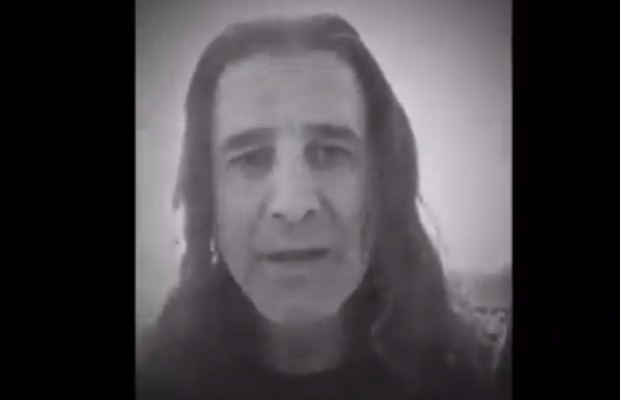 The troubles of Creed singer Scott Stapp continue. Last month, Stapp uploaded a truly bizarre video where he claimed to be homeless, completely broke and the victim of some plot by the music industry and IRS. This all came after his wife, Jaclyn Stapp, filed for divorce, saying he disappeared from their home in October and citing his abuse of “amphetamines, crystal meth and steroids.”

Now, TMZ has released a 911 call in which Jaclyn and Scott’s sister-in-law claim he’s riding around on a bike without a shirt and thinks he’s a CIA agent who’s “supposed to assassinate Obama.” They go on to say that Scott thinks he’s being trained by the CIA and is carrying around a backpack with “tools” and “CIA documents.” They also point out his history of paranoia and schizophrenia.

Recently, Scott was asking fans for $480,000 to record a solo album and write his first book, which was pretty strange timing. Police reportedly placed him on a 72-hour psychiatric hold, after he was found on the side of a road “wasted, incoherent and rambling” about someone trying to poison him.

Listen to the call below:

TMZ has also released a recording of a 911 call Scott made where he confirmed he was riding a bike. But he claimed it was because his wife stole his car. Listen below: