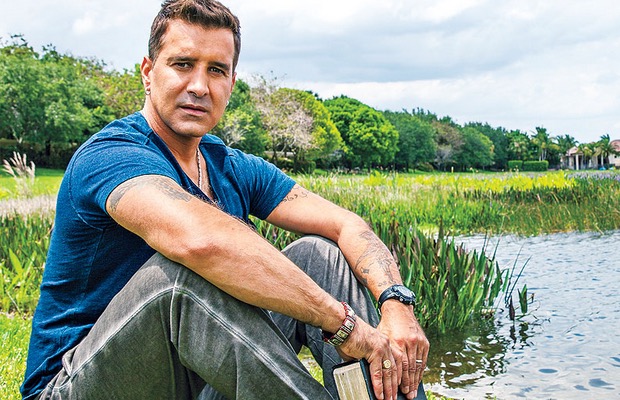 The past six months have been pretty rough for Creed frontman Scott Stapp. In November, he posted a confessional-style video on the band's Facebook page in which he claimed he was completely broke, living in a Holiday Inn and under “vicious” attack after threatening to go public with a money issue. Then, police reportedly placed Stapp on a 72-hour psychiatric hold after he was found on the side of a road “wasted, incoherent and rambling” about someone trying to poison him. This all came after his wife, Jaclyn Stapp, filed for divorce, saying he disappeared from their home in October and citing his abuse of “amphetamines, crystal meth and steroids.”

In December, TMZ released a 911 call in which Jaclyn and Scott’s sister-in-law claim he’s riding around on a bike without a shirt and thinks he’s a CIA agent who’s “supposed to assassinate Obama.” (Keep in mind that he was denying any drug involvement whatsoever this entire time.)

Now, in an exclusive interview with People, Stapp revealed that he has been diagnosed with bipolar disorder and was indeed under the influence of both drugs and alcohol during his very public psychotic break. He is currently sober and in intensive therapy.

“I had a psychotic break that was brought on by alcohol and drug abuse. I was hallucinating. I drove around the United States for a month, following an angel that I saw on the hood of my car. In my delusional thinking, I thought my family was involved in ISIS, and that millions of dollars had been taken from me to support terrorism. All of it was nonsense. I was out of my mind.”

“It was hard to process. There's a stigma associated with it. But Jaclyn kept telling me, 'Embrace it. We love you.' It became a big sign of relief, because finally, we had an answer.”

“Nothing is more important than my sobriety.”