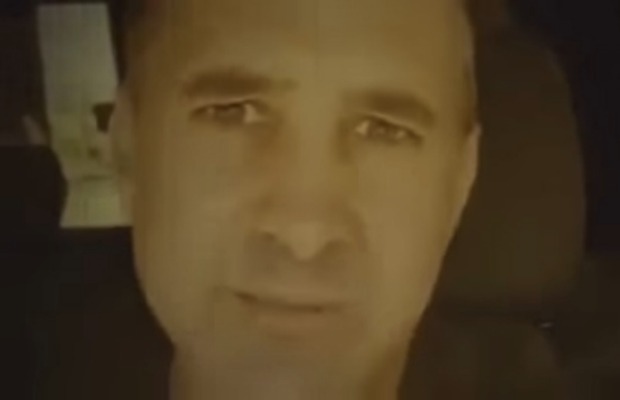 TMZ recently released a 911 call in which Creed singer Scott Stapp’s wife claims he’s suffering from schizophrenia and thinks “he's a CIA agent, and he was supposed to assassinate Obama.” On Friday, it was reported that Stapp had lost custody of his three children.

Now, according to People Magazine, the Secret Service, which investigates threats against the President, is “looking into” all of this. A spokesperson told People, “We are aware and we'll take appropriate action.”

In response to all of this, Stapp recently released a statement, which was quickly deleted but captured via Loudwire. Read it below:

“What’s up everyone, Scott Stapp here. In light of the recent vicious attacks on my character as well as the vicious lies that are being spread about me, I’m left with no option but to address this circus. In no way, shape or form are any of these accusations true. I am 100% sober and 100% mentally sane and stable. Supporting documents validating this will be given to Judge Colin and serviced to the media next week. These documents are being issued by the Hazleton-Betty Ford Center. When these accusations were initially levied against me, I immediately sought refuge within the sober community in Palm Desert, CA, as well as met with senior heads of department at the Hazleton-Betty Ford Center. I did not check in, as I have not been using drugs or alcohol nor have been suffering from any mental health issues. I came to the center for the most credible acknowledgement and support in the world to validate that I was sober and mental stable. After two weeks of meetings with appropriate departments, voluntarily submitting to a clinical diagnostic evaluation, and blood and urine tests, Hazelton-Betty Ford Center is preparing official documents validating what I have been saying all along. I am not, nor have been on drugs or drinking and am not suffering from any mental health issues. Again, everything that is being reported about me is not true. This vicious attack was levied against me after I discovered multiple counts of financial fraud and embezzlement. It is sad the lengths some will go to in an effort to keep themselves from being exposed for the serious financial crimes they have committed. As you might assume, I am very hurt by what has gone on. Again, official reports will be provided next week hopefully ending the circus so the real issues at hand can be addressed. Love you all and thank you to all those who have supported me during this smear campaign.

I have nothing but sincere respect, love and admiration for President Obama. The recent report claiming I am delusional, and claiming I’m a CIA agent with evil intent towards our beloved President is a joke. I’m shocked the press even covered such a ridicules story. My history supporting our troops and this great country of ours should speak for itself.

Have a great weekend my friends