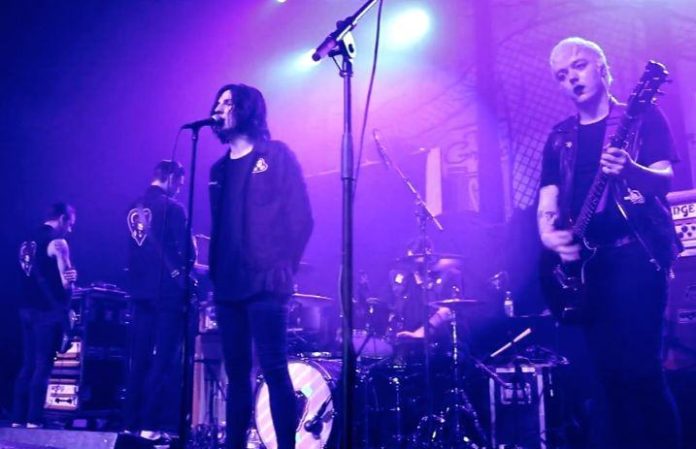 Creeper made their late night TV debut last night on Last Call With Carson Daly, and it's as epic as you think it'd be.

Read more: See Seaway, Creeper dress up as one another onstage

The episode was filmed in Hollywood, CA at The Fonda Theatre, where the band wrapped up the North American Leg of The Peace and The Panic World Tour with Neck Deep.

Check out their performance of “Misery” below, and at the end of the band's set, watch Will Gould jump into the crowd to help crowd surfing fans.

Y’all, remember when I crowd surfed during @creepercultuk’s set at the Fonda and security wasn’t there to catch me so @willghould jumped down to get me safely over the barricade??? ������ SUCH A GOOD NIGHT!!! pic.twitter.com/6JCgzIh79m

Not to mention, their tour mates Neck Deep made their late night TV debut on Last Call With Carson Daly earlier this week, and you can watch their performance here!