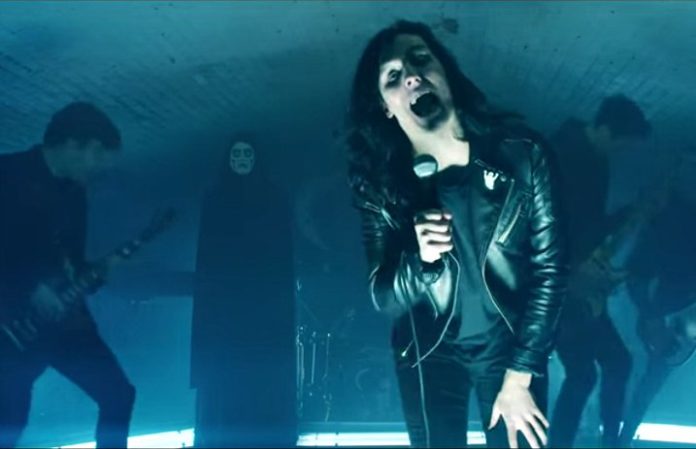 Creeper have released a video for “Black Mass,” the lead single from their impending EP The Stranger, set for release February 19.

The video, primarily a performance clip, shows glimpses of the mysterious figure (called The Stranger) seen peering through the window in the background of the EP's cover artwork.

“The concept behind the video is a dream that our EP’s cover character named Madeline is experiencing,” explains vocalist Will Gould.“She’s in the middle of an episode of sleep psychosis with the band performing to her in her dream. She awakes to find herself in her bedroom.

“The song’s lyrics are written from the perspective of the character of The Stranger, the heartbroken monster who is the EP’s namesake. They’re partly inspired by recounts of sleep paralysis, where sufferers describe seeing a ‘black matter’ or ‘black mass’ haunting them in their rooms at night, while they lie paralysed in bed.”

Watch it below and let us know what you think!