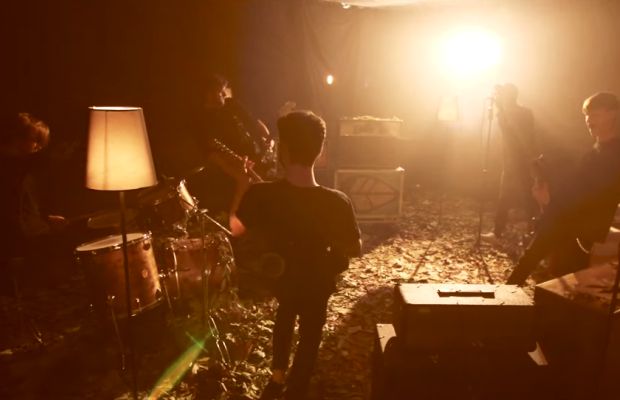 Equal Vision band, Crooks, based out of the U.K., recently announced their upcoming full-length, titled We All The Same Distance Apart, which is due out on October 30 through EVR's imprint label Headphone Music. Following the video for the album's second single to surface last week, the band is now streaming another taste of the excellent debut with “Above Me,” which you can listen to below, (via Rock Sound).

“'Above Me' was the second chapter in the concept that we had been writing from…so it was taking subject matter that we had been writing on in our previous release 'Nevermore' and carrying on the story from where we left off,” explains frontman Josh Rogers. “The reason we decided to re-record and make some changes on the track for the album was because we'd already decided that when we put it out beforehand, that we'd also like to have it start the new album – for that very reason that we would we were going to carry on from where we'd left off once again.”

Pre-orders for Are We All The Same Distance Apart are available now in various formats.