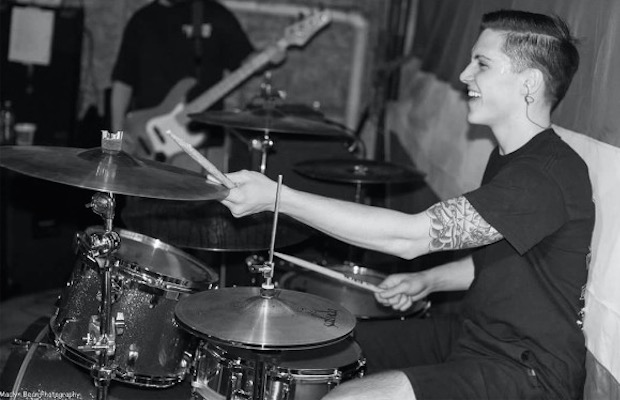 Following an alleged incident at a This Is Hardcore after-show in Philadelphia, Pennsylvania on July 26, Tom Alderson (drummer for hardcore bands Crosscheck and Drown) was hospitalized with severe injuries.

Jordan McKinney, Alderson’s bandmate in Drown, released a statement on Twitter, detailing the gruesome beating Alderson is alleged to have suffered.  “Tom [was] lying on the ground lifeless, bleeding out of multiple places on his head and choking on his own breathing,” McKinney said.

McKinney leveled accusations at members two east coast hardcore bands (“Ian from Heavy Chains and Karebear from Suburban Scum,” as he put it). At this time, AP can neither confirm nor deny the veracity of his claims. (As far as we can tell, all accusations remain unsubstantiated.)

A GoFundMe was recently launched to help Alderson and his family with the medical costs.

“Sunday night, Tom suffered an incredible amount of physical injury and trauma to his head and other parts of his body,” reads the GoFundMe. “Currently hospitalized, he is going to be spending his 24th birthday laid up in a hospital room hooked to machines and barely being able to do much of anything for himself on his own. The injuries he has sustained are so severe, that they will be keeping him out of work for an undetermined amount of time and he has a long road to complete recovery ahead.”

Following the accusations, Heavy Chains were kicked off the Life & Death Tour, Lambgoat reports. Suburban Scum were removed from both Back To School Jam and Today’s Mixtape Festival.

Yesterday, Suburban Scum addressed the incident in a statement on Facebook.

“We would like to express our deepest sympathy to Tom Alderson, his family, and his friends at this time. Although it is clear that little can change the trauma this situation has caused Tom, the people close to him, and the community at large, we would like to extend our support to Tom and his recovery. We do not condone senseless violence in our community. We are all a part of this scene because we feel passionate about this music and this culture. It is a place for people who don't fit in to feel at home and it deeply saddens us that this situation has possibly changed that for some people.

The bottom line is this should not have happened. We can only hope that people who know Suburban Scum as a whole, know the people we are and that we are not the people we have been painted out to be in this situation.

Please click on the link below to help with Tom's recovery.

In the video below, the band appear to address the accusations onstage:

Heavy Chains have not commented publicity on the matter. At the time of this posting, Alderson’s GoFundMe has raised over $25,000.