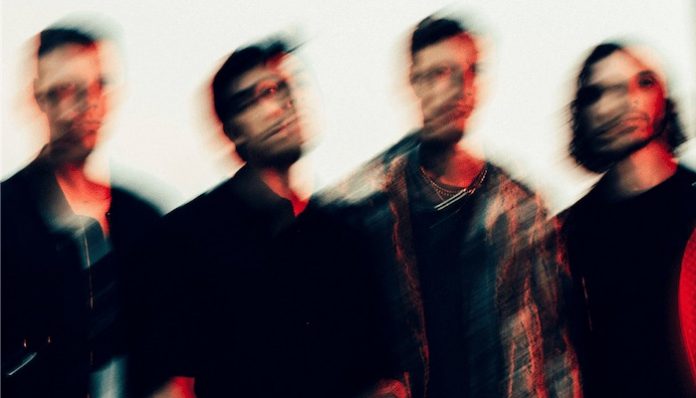 With the ongoing coronavirus pandemic putting a sudden halt to tours and festivals worldwide, artists have started getting creative with performing while at home. From livestreams on Twitch, Instagram, YouTube and more, artists are still managing to bring live performances to fans in a number of unique ways. Now, Crown The Empire are taking it a step further with the app Jadu.

This week, Crown The Empire announced that fans can now perform with vocalist Andy Leo‘s hologram right from their own home.

Read more: It looks like Motionless In White’s next LP will have plenty of heavy songs

While it is still unknown when live music events will resume as normal, artists are exploring new ways of putting on shows with we wait in quarantine. Back in March, Palaye Royale, Poppy, Pussy Riot and Vic Mensa were just a few of the artists to join the new app Jadu.

Thanks to Jadu, music lovers can now perform with their favorite artists virtually via holograms. Jadu’s platform is the first to feature both artists and fans in the same augmented reality (AR) context. Users can scan their surroundings and place the hologram in their space using AR, then get into the frame with their favorite artist and record a video as they perform with the hologram.

Each hologram is a 15-second performance filmed via a process called volumetric video. The artist’s performance is captured on 106 cameras. The images are then manipulated to form a three-dimensional video that Jadu users can enter with their smartphones. The video can then be saved and shared on TikTok, Instagram and other social media platforms.

Now, Crown The Empire are getting in on the action. This week, they announced that fans now have the chance to perform with Leo’s holograph through the app.

“Andy Leo has been turned into a hologram and you can bring him to life wherever you are in the world,” the band share.

Through Jadu, fans can perform Crown The Empire’s song “BLURRY (out of place)” with Leo. The track is off of the band’s latest album Sudden Sky that was released last year.

“We’re excited to announce that we just launched an augmented reality holograph experience,” the band share in a tweet. “You can now bring @AndrewCTE to life wherever you are in the world. Download “Jadu” on the App Store now. Share your videos with us!”

We’re excited to announce that we just launched an augmented reality hologram experience! You can now bring @AndrewCTE to life wherever you are in the world. Download “Jadu” on the App Store now. Share your videos with us! #JaduHologram #CrownTheEmpire #BLURRY pic.twitter.com/LFAJ3tmBPB

Following the announcement, Crown The Empire fans quickly flocked to social media to share their augmented experiences with Leo.

Leo himself even shared a video of him interacting with his own hologram.

Read more: Yes, Josh Dun and Debby Ryan did get secretly married when you thought

In celebration of their new Jadu project, the band have also released a music video for “BLURRY (out of place).” For Crown The Empire, they hope the meaning behind the song and video will bring comfort to those struggling during this difficult time.

“Hello, it’s been a while since we’ve last spoken,” the band say. “As you may know, our world is in a state of isolation and confusion. The future is unknown and we’re all uncertain of what’s to come. With that being said, we wanted to release something special to get you through these dark times — a song about feeling lost when it seems like all hope is gone.”

The video for “BLURRY (out of place)” is available to watch below. You can download the Jadu app and perform with Andy Leo here.

What do you think of Crown The Empire’s new augmented reality experience with Jadu? Let us know your thoughts in the comments below.