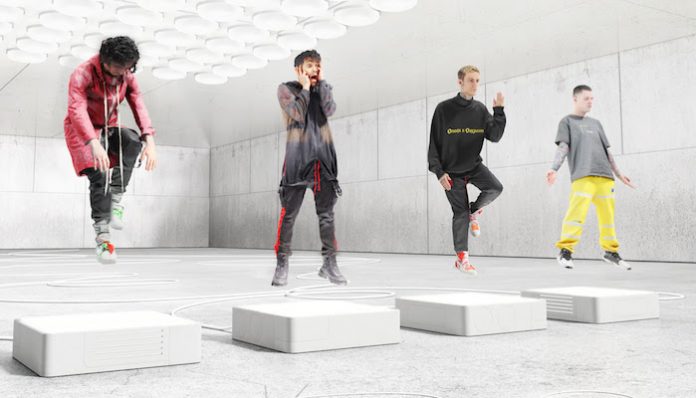 Crown The Empire announced their new album with a bang, sharing a new track in “MZRY” with a corresponding music video.

The abstract visuals follow a man struggling against smiley-marked pills and the demons that come with them, making a subtle statement on substance abuse.

Read more: Here’s everything coming to and leaving Netflix in July

The band shared news of the album via Twitter early this morning, also showing a short snippet of the “MZRY” music video.

“GET READY. @CrownTheEmpire will be releasing the new album, Sudden Sky, on July 19th,” the caption reads.

GET READY. @CrownTheEmpire will be releasing the new album, Sudden Sky, on July 19th. Watch the animated music video for MZRY and pre-order the album here: https://t.co/WW9uBPu4ud pic.twitter.com/IZYwfqRnvO

The new album shares a title with the band’s April single, “Sudden Sky.” They say the tracks give a look inside the minds of those who wrote them, and the society we’re stuck in.

“Our new album, Sudden Sky, is a digital representation of who we are at this moment in time,” they comment in a statement. “It captures our innermost fears and anxieties while questioning humanity and the chaos of the world we live in today.”

Citing the inspiration as an “urgent search for meaning,” the band looks to make a clear statement on humanity.

“The only way to truly be human is to be vulnerable,” the band say. “Sudden chance and destruction will lead to your liberation.”

You can check out the new track and video below.

Sudden Sky is set to release July 19 via Rise Records. Preorders for the record, as well as the new track, are available here.

Crown The Empire hops on with Attila, Veil Of Maya and Gideon on their upcoming tour kicking off next month. Tickets are on sale now with a full list of dates below.