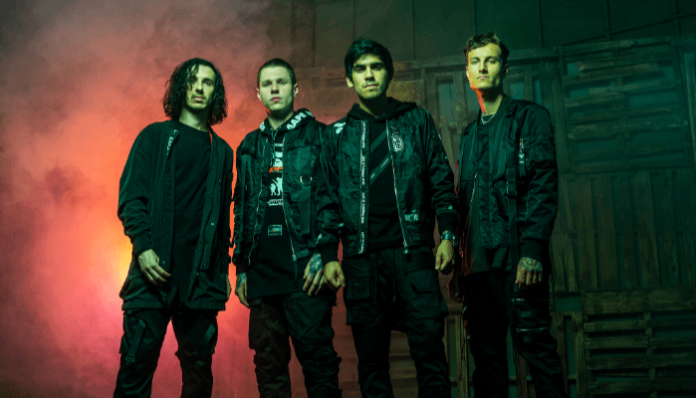 Starcrawler released a cover of “Pet Sematary”—plus, don’t miss a new single from CHON. Check out the news you might have missed today below!

Hollow City debuted a new single and music video for “Love Like Heroin.” “‘Love Like Heroin’ was written about toxic relationships and how much pain you are willing to endure for just a glimpse of bliss,” vocalist Zackary Yarbrough says. “Just as a heroin user would…the hell was worth the high. No matter the repercussions.” The track’s official release is next Friday and can be presaved here. The band hit the road with I Hate Heroes next week. Tickets can be found here, and dates are below.

In The Whale released a music video for “Teeth,” which is taken off their most recent EP, Dopamine. The video was shot by fans of the band and features pro skaters Eli Reams and Jeromy Green. The EP is available to stream here.

Starcrawler shared a cover of the Ramones’ “Pet Sematary.” The original track is based on Stephen King’s Pet Sematary. They’ll be going on tour with the Distillers this May through June before joining Beck and Cage The Elephant on tour in July. Tickets are available here. Check out the dates below.

# with Death Valley Girls
^ with the Distillers
* with Beck, Cage The Elephant, Spoon

CHON debuted a relaxing new single, “Peace.” The track will be featured on the band’s upcoming self-titled album, which drops June 7. The album is available for preorder here. The band will be performing at Coachella this month, and tickets can be found here.

Teddy captured the image of innocence in a new video for “Intro (Castle Life).” The track will be featured on his upcoming self-titled LP. “As kids, we’re so beautifully unaware of ourselves, which creates a perfect storm of creation and destruction that I think every artist hopes to achieve in their own way,” he says. “As I’ve grown, I’ve felt the pressure to become more self-aware and explore my subconscious to gain a better understanding of myself and my surroundings.” Teddy is set to be released April 26.

Crown The Empire dropped their latest single, “Sudden Sky.” This is the band’s third single since 2016’s Retrograde, and the track can be purchased and streamed here. They’re currently on a co-headlining tour with We Came As Romans. Tickets are available here, and remaining dates are below.