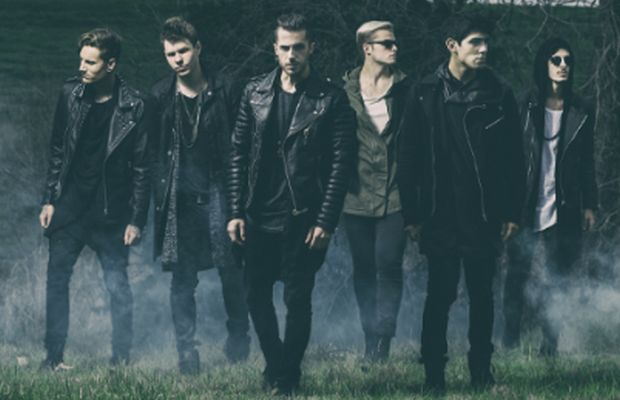 Dallas rock band Crown The Empire have announced a deluxe edition reissue of last year's The Resistance: Rise of The Runaways. The Resistance: Deluxe Edition will feature four new tracks and brand new packaging and will be released through Rise Records on October 30. Pre-orders are available now through iTunes.

Of the deluxe edition and new tracks, vocalist Andy Leo says, “For us, the new songs on the deluxe edition of 'The Resistance' are about closure. So much has changed over the last few years, and up until this point, I think we’ve been searching for who we were as artists. 'Cross Our Bones,' 'Prisoners of War' and 'Machines (re-invented)' are just the surface level of what we feel we’ve uncovered creatively as songwriters and as individuals. As we bring The Resistance to an end, we hope these songs excite you for what is to come.”

Expanding on the new single specifically, co-vocalist David Escamilla adds, “'Prisoners of War' is the most honest we’ve ever been lyrically. We felt completely open and able to talk about how we felt as a band, and for one last time, we were able to bring those real emotions into the world of The Resistance. Every journey must come to an end, and with this one drawing to an end, we wanted to thank all of you for being a part of it, and invite you along as we head towards a new horizon for Crown The Empire.”

You can watch the new video for “Prisoners Of War” below where you'll also find the album art and track listing for The Resistance: Deluxe Edition, along with Crown The Empire's several upcoming tour dates alongside Hollywood Undead and I Prevail.