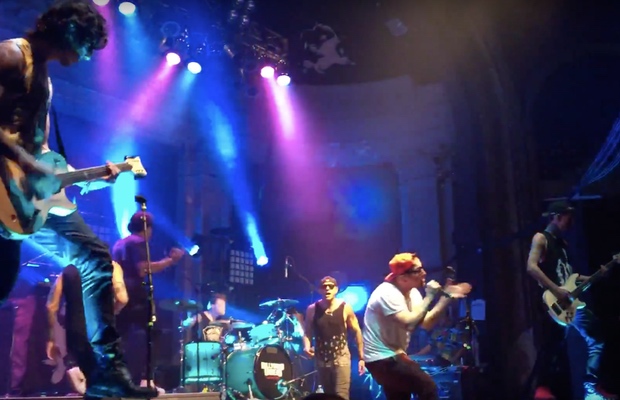 During the Columbus, Ohio date of their current tour, Hollywood Undead brought members of Crown The Empire on stage for a re-worked version of “Levitate.” Luckily, a fan caught some video of the performance, which you can check out below.

Tickets are still available for many upcoming dates of the tour. Grab your tickets here.