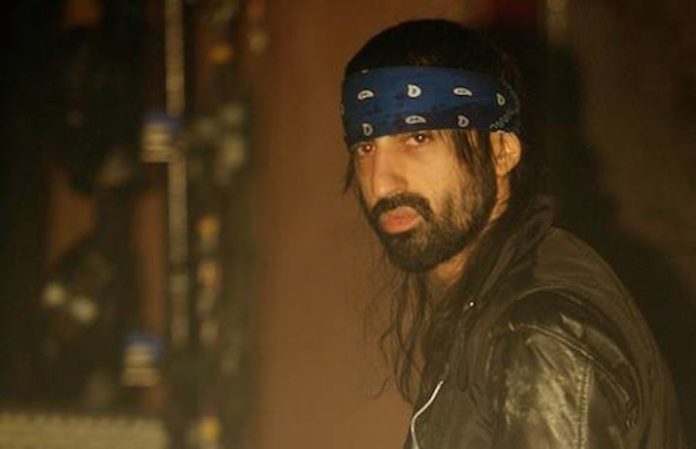 Following accusations that surfaced earlier this year from former bandmate Alice Glass, a new accuser has come forward claiming Crystal Castles' Ethan Kath had sexual relations with her while she was underage.

The Daily Beast have reported that the Toronto Police Service have confirmed that there is an active investigation against Ethan Kath, whose real name is Claudio Palmieri, at this time.

“At this point we are able to confirm that there is an investigation. However, because of the nature of the investigation, and for the privacy of the alleged victims, there isn’t anything else that we can say pertaining to it,” Police Constable Allyson Douglas-Cook told The Daily Beast regarding the Sex Crimes unit’s investigation into Kath.

The police were unable to confirm whether or not they're looking into multiple victims at this point, although “a source with knowledge of the investigation” reportedly told The Daily Beast that the investigation involves complaints “from several women.”

The Daily Beast talked to one of the accusers, who says Kath reached out to her on social media when she was 15 and “initiated a sexual relationship” when she was 16.

“I want this guy’s insane horrible mistreatment of underage girls to be out in the open for everyone to know and to protect themselves,” she anonymously told the news source.

Back in October, Glass shared an emotional statement as to why she has to leave Crystal Castles, detailing years of abuse from Kath.

Glass explains in her original statement that she met Kath when she was 15, and he was 10 years older than her at the time. She explains that he showed abuse and controlling behavior, which lasted for years. Through the physical and emotional abuse, she explains that she had felt suicidal, and even after leaving Crystal Castles, she’s still recovering from the decade of abuse and manipulation.

Glass left Crystal Castles in October 2014. At the time, she said, “For a multitude of reasons both professional and personal I no longer feel that this is possible within CC.”